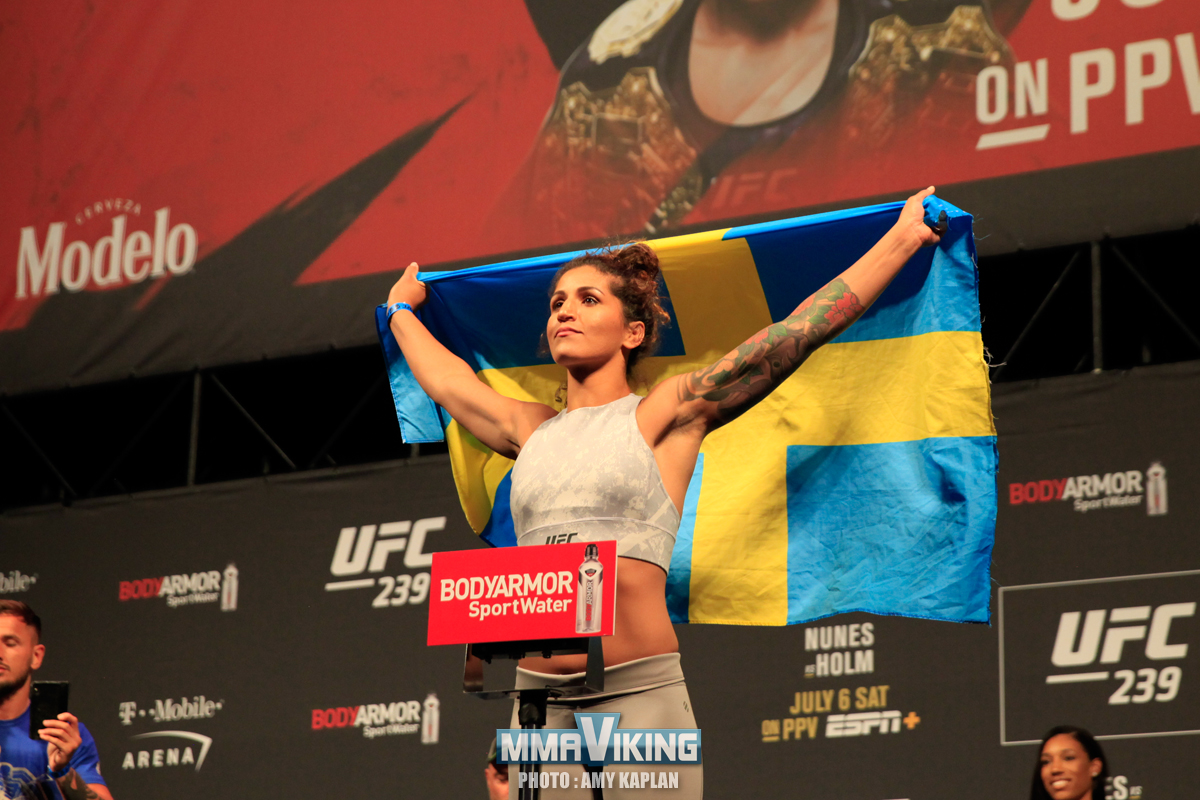 As of early yesterday, UFC 249 was set to move forward at an Indian Reservation in California, along with additional events including UFC 250 with Sweden’s Pannie Kianzad. However, UFC president Dana White has now announced that all UFC events have been postponed indefinitely.

“We got a call from the highest level you can go at Disney, and the highest level at ESPN… and the powers that be there asked me to stand down and not do this event Saturday,” White told ESPN’s Brett Okamoto yesterday.

“Ranking wise it makes sense, Bethe is the only one over me in ranking that’s not booked, just fought , or injured . And I always wanted to fight her and I knew our paths would cross.” says the Arte Suave fighter to MMA Viking about the matchup with the Brazilian.

The local fighters at the planned UFC 25 in Sao Paulo were going to have Visa issues fighting in the USA, so it was thought that the Kianzad versus Correia bout could take place on the mysterious “fight island” that White was securing for international bouts. However, all of these plans are on hold.