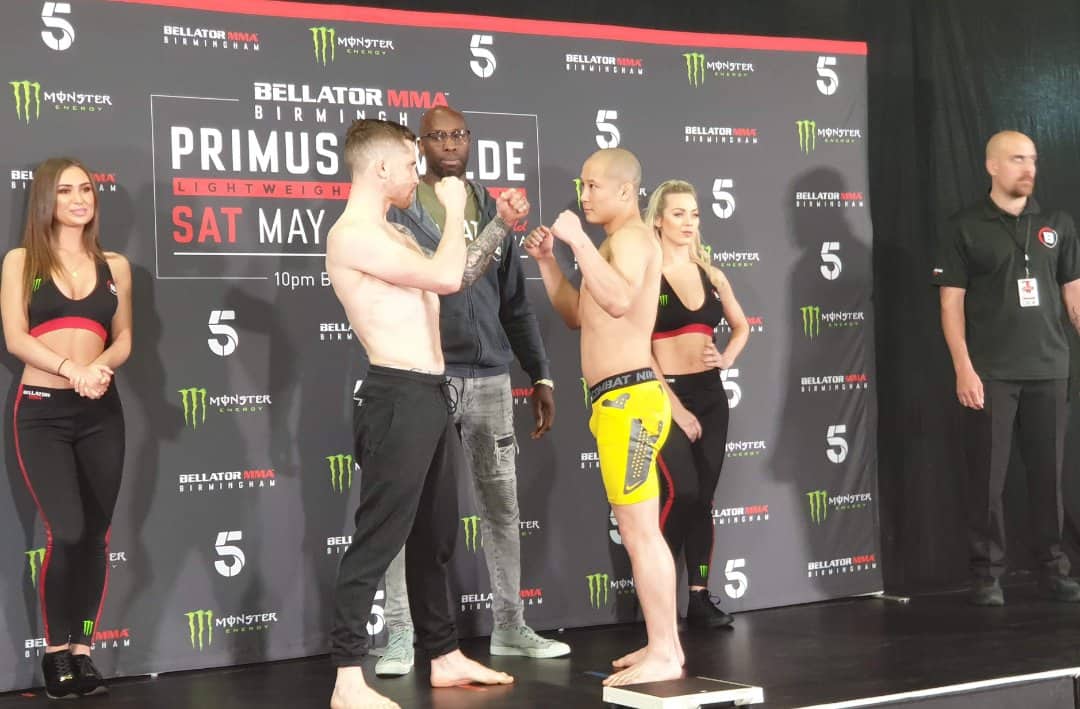 Bellator returned to the UK for the second installment of their European series. Binh Son Le (5-3) was the sole Nordic fight on the card as the Swede was hoping to get back to winning ways in the cage. “It was a loss unfortunately. Stuck in the opponent’s game plan. Many lessons learned from the fight, now it’s just to focus and take new ones.”

SBG’s Brian Moore (12-7) had gone 2-3 inside the Bellator cage ahead of his match up with Binh Son Le who was making his Bellator Debut. As the first round started, it was clear to see who the aggressor was in this fight with Moore putting the pressure on early. Son Le’s game plan was to stay on the outside and just out of Moore’s reach but he struggled to do so as Moore landed frequently. As we closed Round 1, the Irishman completed a takedown and finished the first 5 minutes on top.

The second round was much of the same with Son Le stuck on the cage. Moore was constantly landing good body shots on the inside. The Swede was really struggling to get any offensive going as Moore continued to dominate. He continued his superiority throughout the third round completing multiple takedowns. The SBG fighter landed strong knees as Son Le was pressed against the cage.

It was a very one-sided fight and the judge’s scorecards shown that with two of the judges scoring it 30×26 and the other having it 30×25 In Moore’s favor.