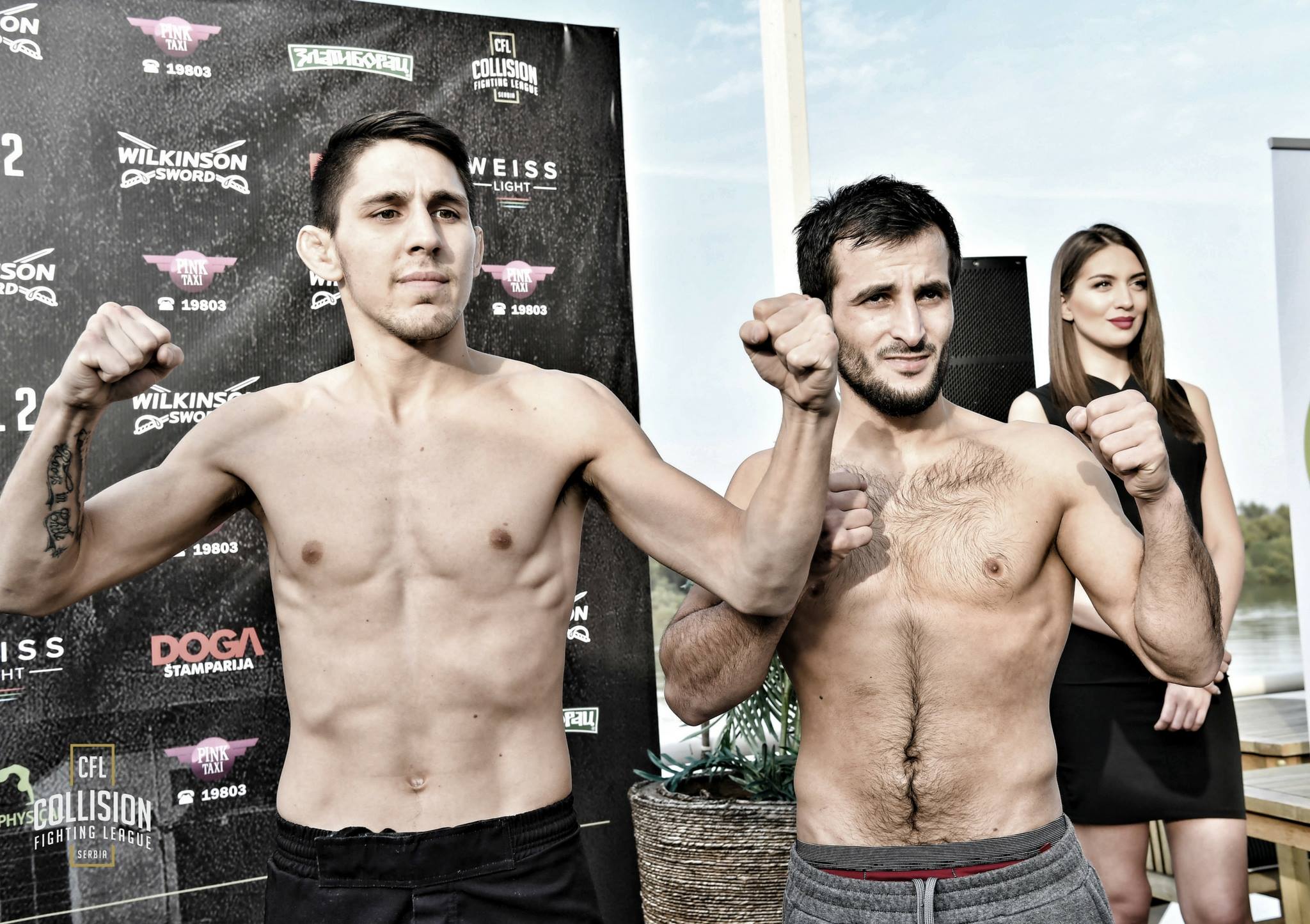 Joel Moya (1-2) lost at Collision Fighting League (CFL) 2 in Belgrade, Serbia last night. The Swede was submitted by Russian Abdulla Puladov (2-1) in the first round. “I lost by triangle. Thinking back I believe I did not respect his ground game.” reflects the GBG MMA fighter to MMA Viking.

While the bout was set at 145 lbs, it was only Moya that made the contracted weight. But the bout proceeded as planned. “I was to relaxed in the position and unfortunately it got the best of me, this time. But I’m taking nothing away from him.” It was the second straight win for Puladov that also won at CFL 1 last September.

Moya got his first pro MMA win against Johan Andersson (1-0) at Frontier MMA Open 15 in Malmö in October. He now has 1 win and 2 losses. Joel had an impressive 24-4 amateur record and double gold medals in the Swedish nationals, along with his even more impressive IMMAF World silver medal and a IMMAF Euro gold medal.