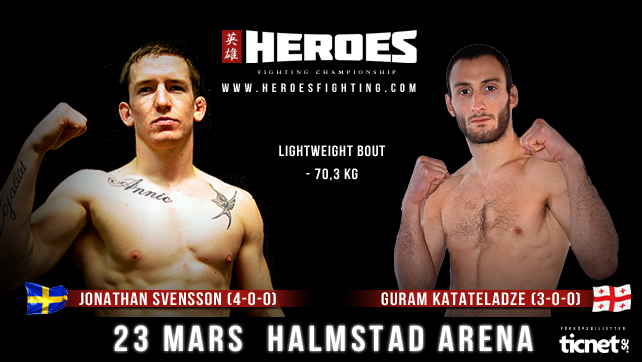 VBC fighter Jonathan Svensson (4-0-0) is set to fight Guram Katateladze fighting out of House of Samurai at Heroes fighting Championships event in Halmstad this March. Svensson has had a successful year in 2012 going 3-0 with two of those wins coming by way of KO/TKO. He’s made two appearances at The Zone and one outing at Royal Arena. Guram Katateladze (3-0-0 according to Heroes) is only 21 years old and made an appearance at Trophy MMA, fighting an Amateur MMA bout in which he lost against Jonas Grönhage via unanimous decision. Guram has a background in Jiu Jitsu and Boxing.