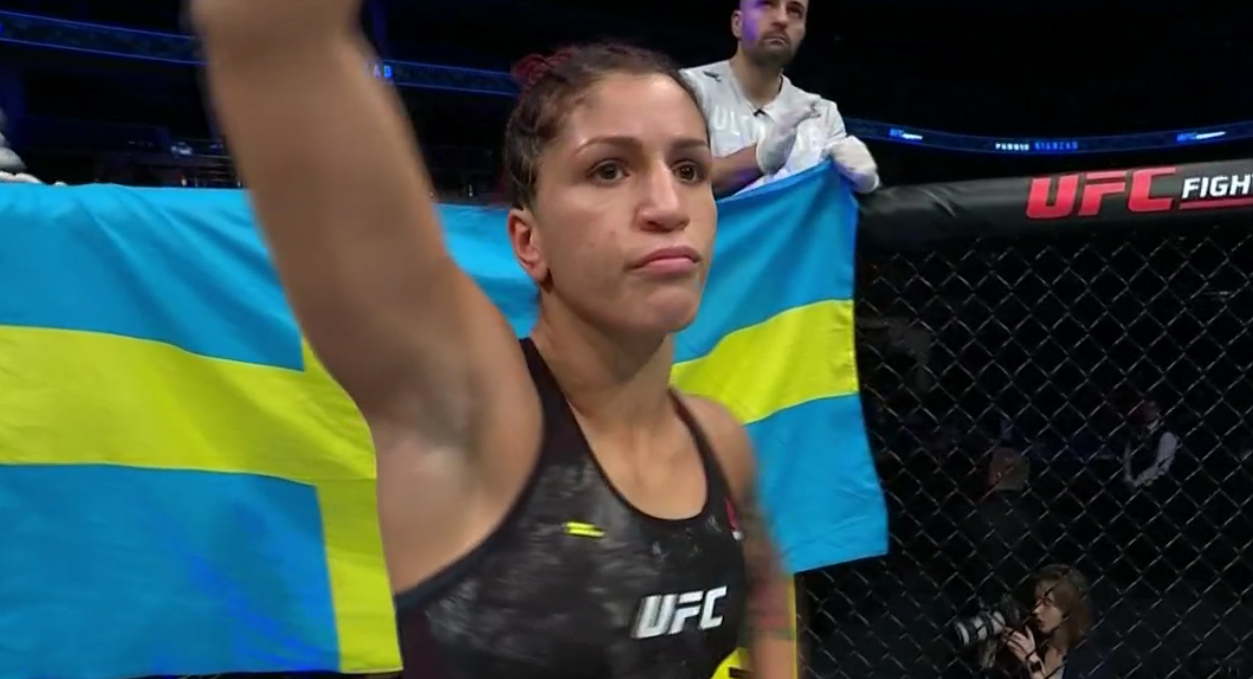 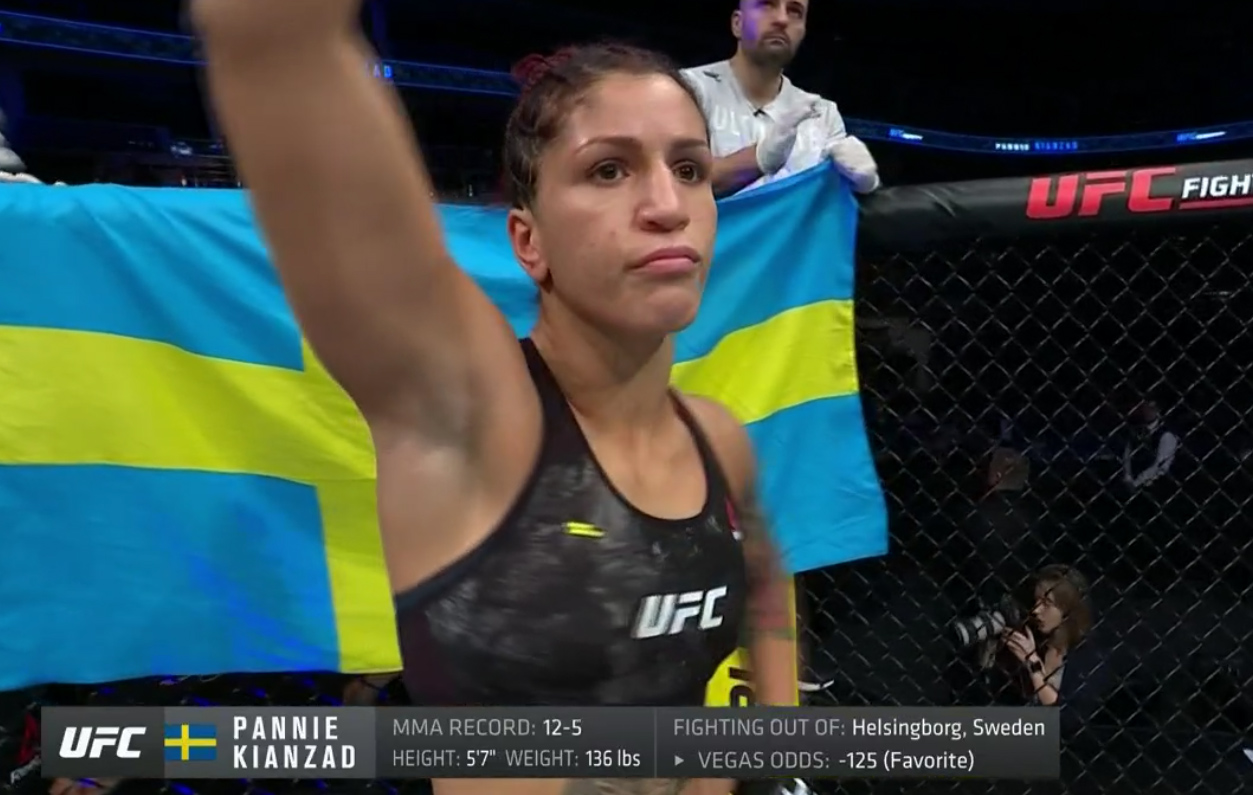 The two tied up early, and Pannie looking to use her jab. Clark looked quick in her debut in moving up to the bantamweight division, but the power was in the Arte Suave fighter. Heavy hands from Kianzad that looks comfortable standing, but gets caught by a right hand. Clark landed a good low kick, and Pannie responds with a nice counter left hook. Crisp combination from the Swede on the one minute mark. Kianzad starting to really sit down on her punches, and she raises her hand indicating a first round win.

Two power left hands sends the Australian flying backwards, and the momentum is shifting as the Copenhagen based fighter lands more and more in the second.

How'd your scorecards see it? 📝

A spinning back elbow lands for the Australian, and Panni has a small cut under her right eye. Now a solid right hand from Rose that is having her moment mid-way through the second round. Another counter one-two from Kianzad.

Crisp combination from Pannie to start the third. Blending in leg kicks, and the Swede is flowing, landing hooks and straight punches. Best offense of the fight here as Pannie even lands a body shot then comes up high after. Another combination as the fight ends guaranteeing the win for Kianzad. All three judges score it 30-27.

Representing Sweden! 🇸🇪@PannieKianzad gets it done by UD at #UFCMoscow!

Kianzad has two wins on the Ultimate Fighter reality show, which counted as exhibition bouts on her record. Pannie had two official UFC fights prior to this bouts, which were losses. This is the first official win on the record for Pannie.

The two fighters met back in Invicta FC 13 in 2015 with Kianzad getting the victory.