In an interview with mmaforum.dk, Royal Arena promotor Adam Kessel announced that the organizatin has decided to scrap the 4-man welterweight tournament that was previously planned since they couldn’t find anyone willing to fight Swedens Assan N’jie (13-2-0) and thereby fill the fourth spot in the lineup. Instead Nicolas Dalby (9-0-0), who initially was planned to fight Mikael Guldbæk (15-3-2) has stepped up to the plate and has agreed to fight Assan. Assans latest fight was a back and forth war at The Zone FC 10 against Danish Morten Djursaa (post-fight interviews here and here). 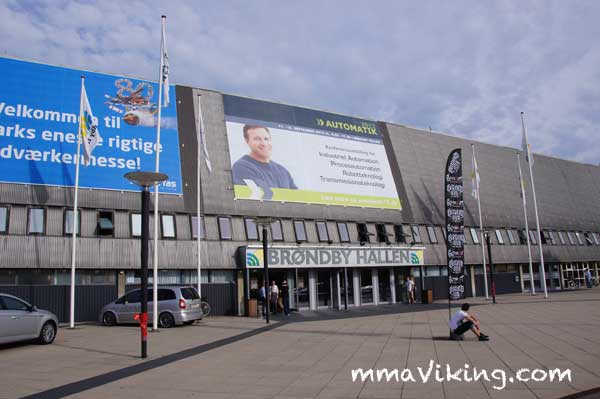 Royal Arenas third event has been scheduled for March 9th in Brøndbyhallen after being postponed twice. This will be Royal Arenas first event in 2013, and they’re also having they’re eyes on Sweden for a potential Gothenburg show Adam Kessel reveals:

Assan N’jie isn’t the only swede that has been signed by Royal Arena, Swedish top names Sirwan Kakai (8-1-0) and Niclas Bäckström (5-0-0, 1NC) have also been tied to the organization with their contracts entering into force with the start of 2013. Sirwan Kakai will be making his second apperance in Royal Arena after taking on Vladimir Karasiov (7-5-0) at Royal Arena 2 in fighting against José Luis Zapater (14-7-0) in the bantamweight division. José Luis Zapater is coming of a six fight win-streak and hasn’t been defeated since late 2010.