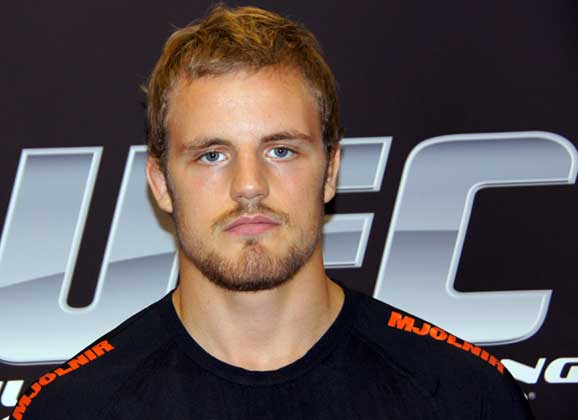 Gunnar Nelson is just days away from his return to the Octagon after over a year layoff. “It’s been all striking” say the Mjölnir MMA fighter about his development since rehabing an injured knee. MMAViking.com talks to the welterweight in London on Media Day, who says “I like to eat” when the idea of dropping a weight class is discussed.

Without George St. Pierre in the picture, the former training partner says “the title is easier to reach” and looks forward to matches with top 10 fighters in the future.

Nelson faces Russian fighter Omari Akhmedow who is coming off a 1st round KO victory at UFC Fight Night, and is ready for the “explosive” and “unpredictable” fighter.

See the full video below: