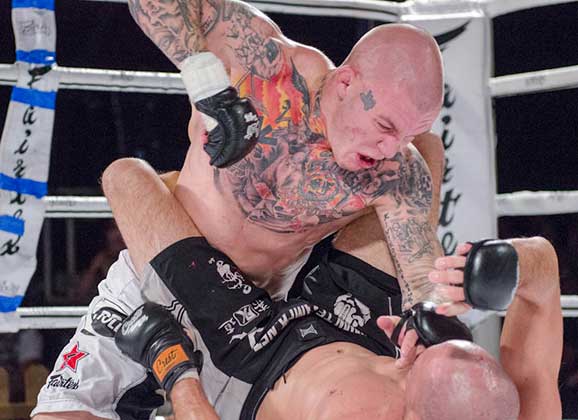 Finn Niko Puhakka will fight against Russian Maxim Divnich at the M-1 Challenge 45 event in St. Petersburg at the Atmosphere Hall on 28th February.

Niko Puhakka currently has a record of 28 wins and 14 losses.  The Espoon Kehahait fighter  has frequently been on the MMA radar because of controversy over tattoos (which have since been removed), being pulled off card such as BAMMA and Celtic Gladiator.  However the fighter is a frequent participant on the M-1 Global cards.  His last fight for the Russian promotion more then six months ago, where he fought Mairbek Taisumov which he lost by TKO.

Maxim Divnich has an undefeated record of 7-0.  The lightweight last fought Jose Verdejo in November of 2013, where he won by TKO in the third round.