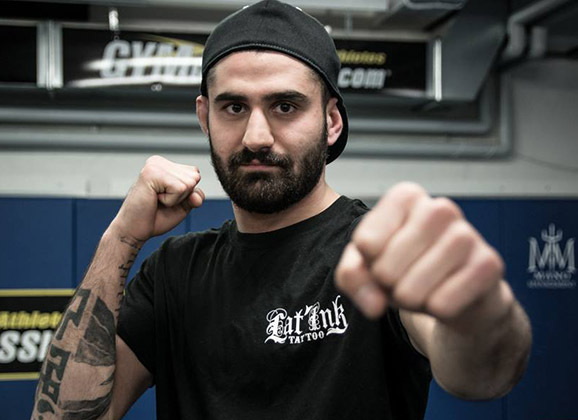 MMAViking staff interviewed undefeated up-and-coming Swedish prospect Frantz Slioa (4-0-0) who is headed to the Ultimate Fighter try-outs in Las Vegas, Nevada next week. Slioa, who has not fought in nearly a year, is looking to make a splash on The Ultimate Fighter. The Swede stated that he is looking to go all-in for this performance, and wants his shot at what he calls “The American Dream”, living in a mansion in Las Vegas and battling it out for a chance at a six-figure UFC contract.

Should Slioa not get accepted to the competition, he has stated that he has an upcoming fight booked at Superior Challenge, but that an opponent has not yet been secured. The Allstars Training Center fighter said one opponent on his list is Martin Svensson, who was previously supposed to fight Slioa’s teammate and friend, Niklas Bäckström, but failed to make weight.

“The funniest thing of everything is that he’s saying he’s the best Featherweight in Europe.” comments Slioa about targeting the “Big Swede” and trying to establish himself as a ranked fighter with a victory over Svensson on his home turf in Malmö, Sweden, and hopes that doing so will make others remember his name.