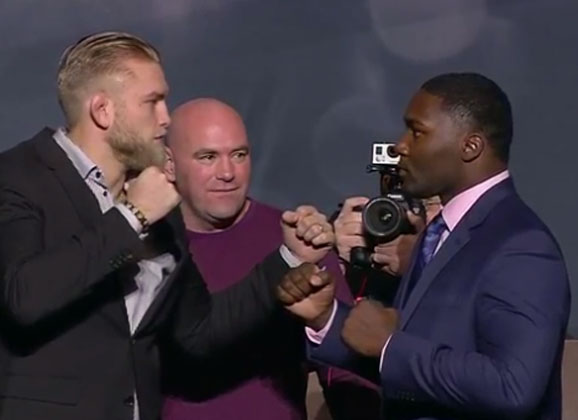 For the first time, it was Alexander Gustafsson and Anthony Johnson face-to-face. The two set for the main event in Stockholm at the Tele2 Arena on January 24th were in Las Vegas for the “UFC – The Time is Now” press conference, where the dates of UFC’s for the year were revealed with the biggest stars in attendance. Here are the two facing off.

Gustafsson is much taller than the American, prompting Rumble to stand on his toes after the face-off.