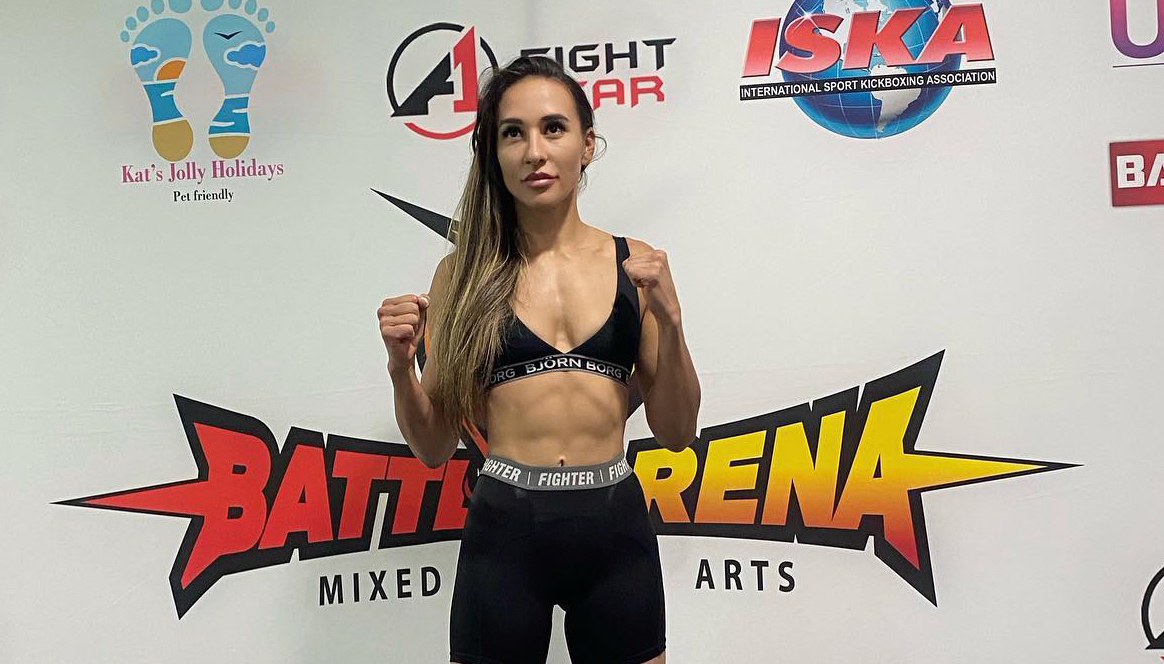 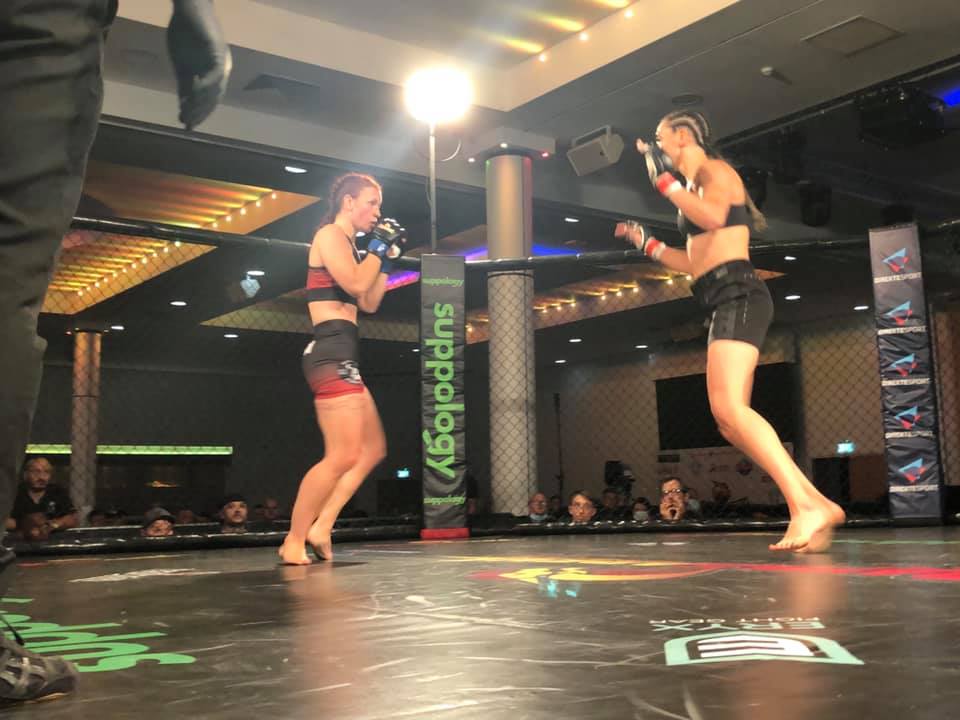 The hyped amateur entered the cage with two Cage Warriors Academy South East belts around her waist, and made the most of her pro debut where she was dominant on the feet using boxing in the first round and on the ground, nearly finishing with a rear-naked choke to end the first round.  In the second, it was more dominant striking leading setting up a takedown, then strikes on the ground leading to a TKO stoppage over the British fighter that had captured the 2016 IMMAF European Open Championships. 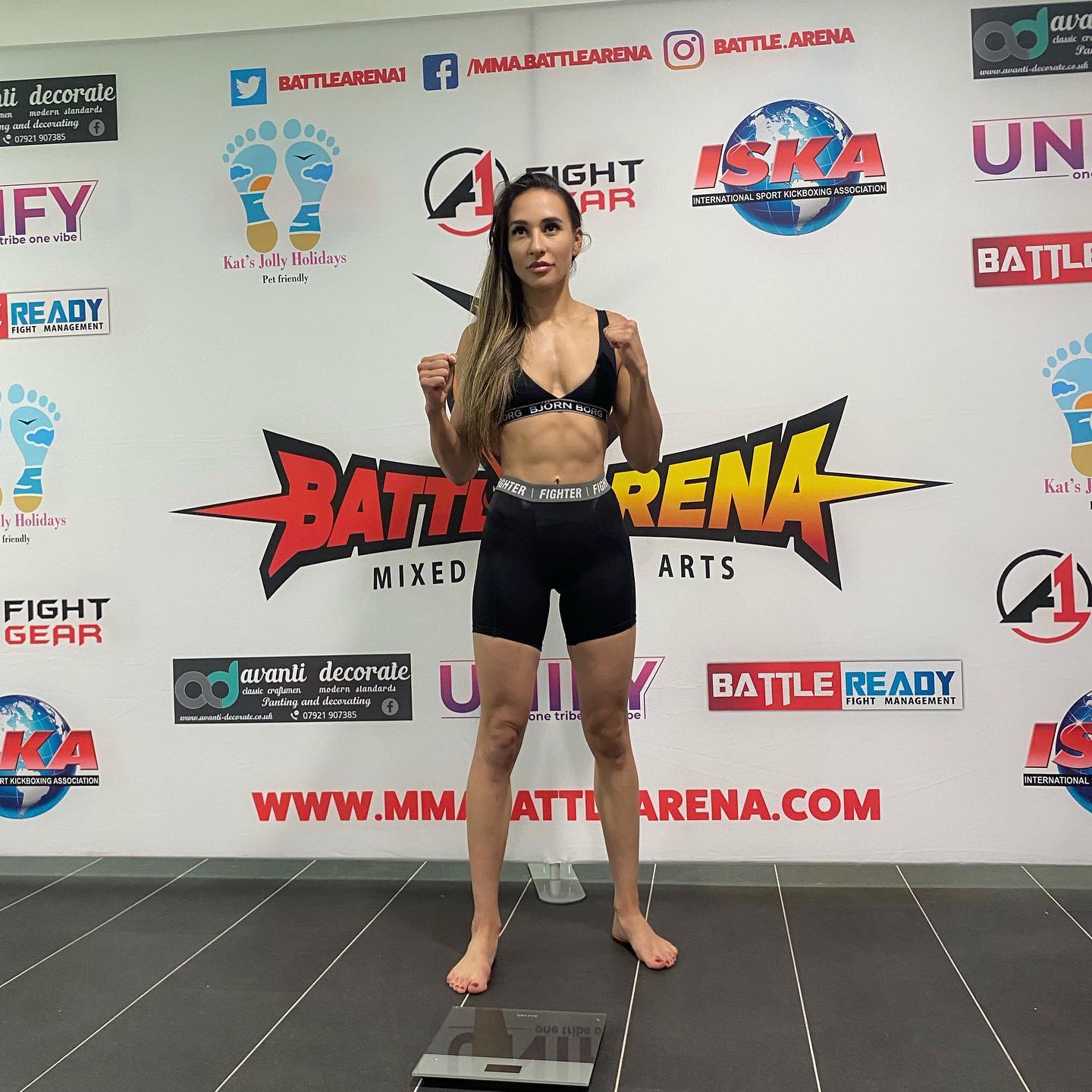 A win at the 4 minute and 6 second mark.  Keep an eye on this Team Valhall / Larvic Combat Center fighter in the femaie flyweight division.