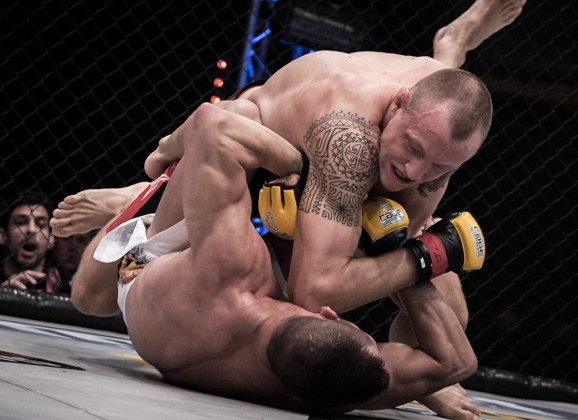 Current Cage Warrior and WFS champion Jack Hermansson (10-2) was been booked for the main event at Lion Fighting Championships (LFC) 6 against Kévin Del (2-3-1) this Saturday then take on undefeated Polish fighter Maciej Różański (8-0) two weeks later on December 12th. However, the Frenchman Del is injured, leaving the Frontline Academy only his fight in Italy at Venator FC 2.

I have a great time here in Spain and these two big bastards are giving me a hard time here 🙂 And Im sorry to announce that I will not be fighting this weekend. My opponent is hurt and has pulled out. I will have my next fight dec 12 at #venatorfc in Italy.

The ‘Joker’ is coming off a huge win as he stopped UFC vet Karlos Vemola with a first round armbar at WFS 4 in August to capture their middleweight strap.  The Joker is on a 5 fight winning streak and has also gained attention for defending his Cage Warriors middleweight belt. The Swede hasn’t lost since his time in Bellator in 2013.