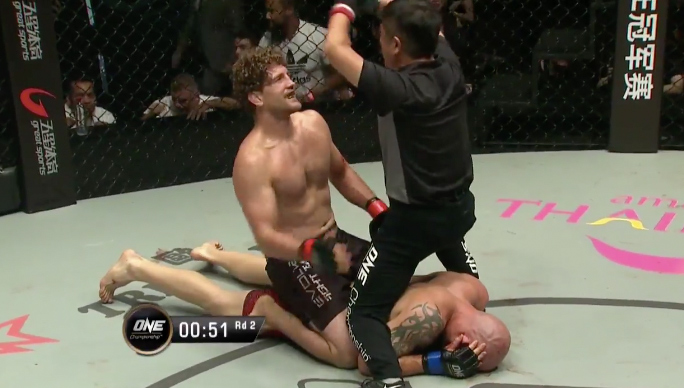 Swedish welterweight Zebaztian Kadestam (10-4) lost an unbeaten ONE Welterweight Champion Ben Askren (17-0, 1 NC) in Shanghai, China. The Swede could not keep off his back, with the American slamming him to the mat with in the first 30 seconds and kept dominant position throughout. 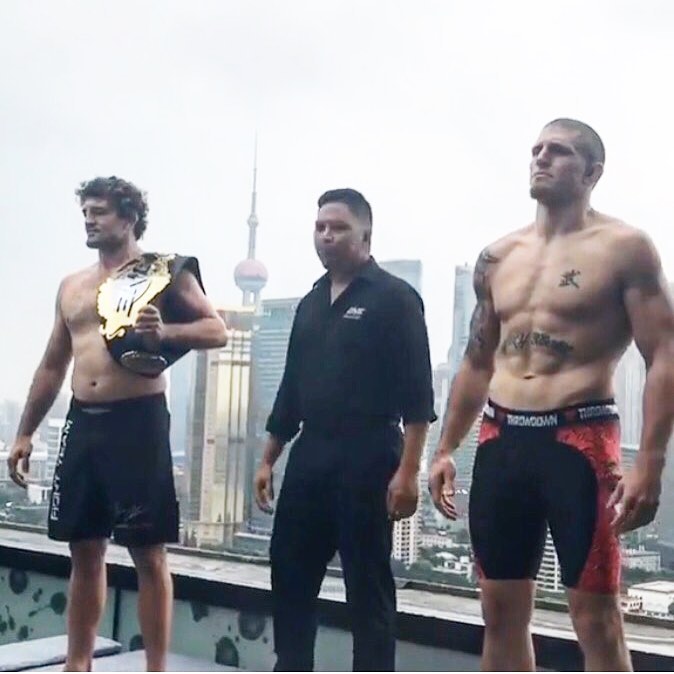 The Pancrase fighter stayed relaxed to try and conserve his energy, but many times Funky used a variety of take-downs to get back on top and move to the mount position, and take back.  After unanswered elbows and punches on the bottom, however the Bandit hung on to survive the first round.