Tiia Kohtamäki (0-0) will make her pro debut against a familiar opponent as she faces a familiar Finn in Minna Grusander (2-1) at Fight Night Finland 14 today. “I am hoping to give everyone a good show and settling the scores with #brutsku?.” says the Primus Fight Team fighter.

“I always wanted to be a pro, I took on anyone as an amateur so I could grow as a fighter. I took this fight on a 2.5 weeks notice and had a tooth injury at the time, took me 10 seconds to say YES, this has been my dream.” says the striker out of GB Gym Helsinki.

I am excited about saturday’s war!

Kohtamäki fought the IMMAF World Champion at FNF – Lohja Fight Night 2 back in 2014, where Grusander won by submission. “To beat Minna, well, I doubt that she wants to do any standup with me so to keep calm and relaxed and follow my gameplan.” 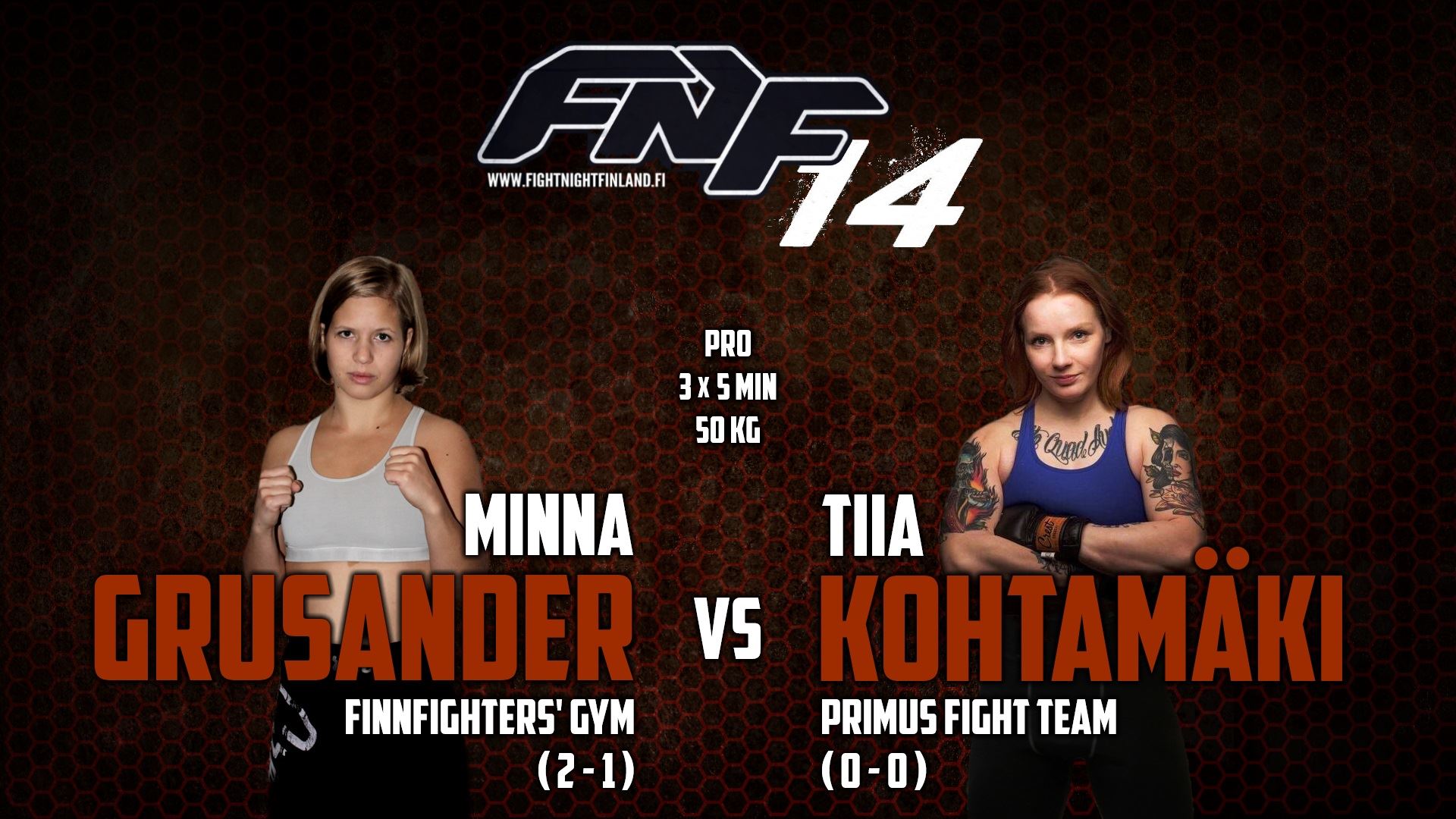 It should be an exciting matchup in the rare Finn-versus-Finn female bout, with the debuting Kohtamäki that will bring her self-described “play hard” attitude to the Turku cage.