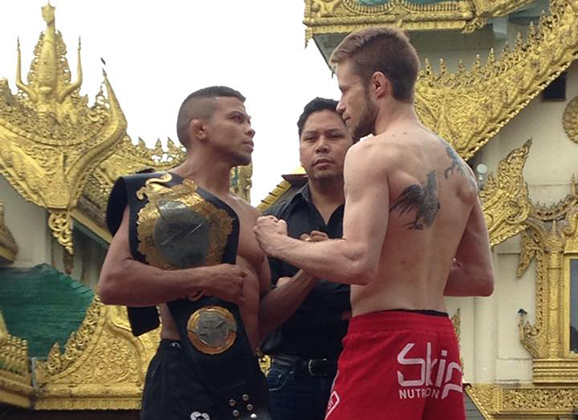 Finn Toni Tauru faces One champion Bibiano Fernandes today atO the “Kingdom of Warriors” card in Yangon, Myanmar. The bantamweight bout will go down at Thuwanna Stadium. See live play-by-play of the bout below.

There does not seem to be any live stream of the event, and the promotion has indicated that the fight will be ready to watch only on a delayed bases.

The 8th and final match on the card is finally up, following a split decision between Jenny Huang and Elena Pashnina.

We will follow journalist James Goyder, who is live ringside:

Bibiano ahead after a round, he got a couple of takedowns but didn't do much with them and had to defend a leg lock attempt from Tauru

Bibiano Fernandes retains the Bantamweight title with the 3rd round knockout.