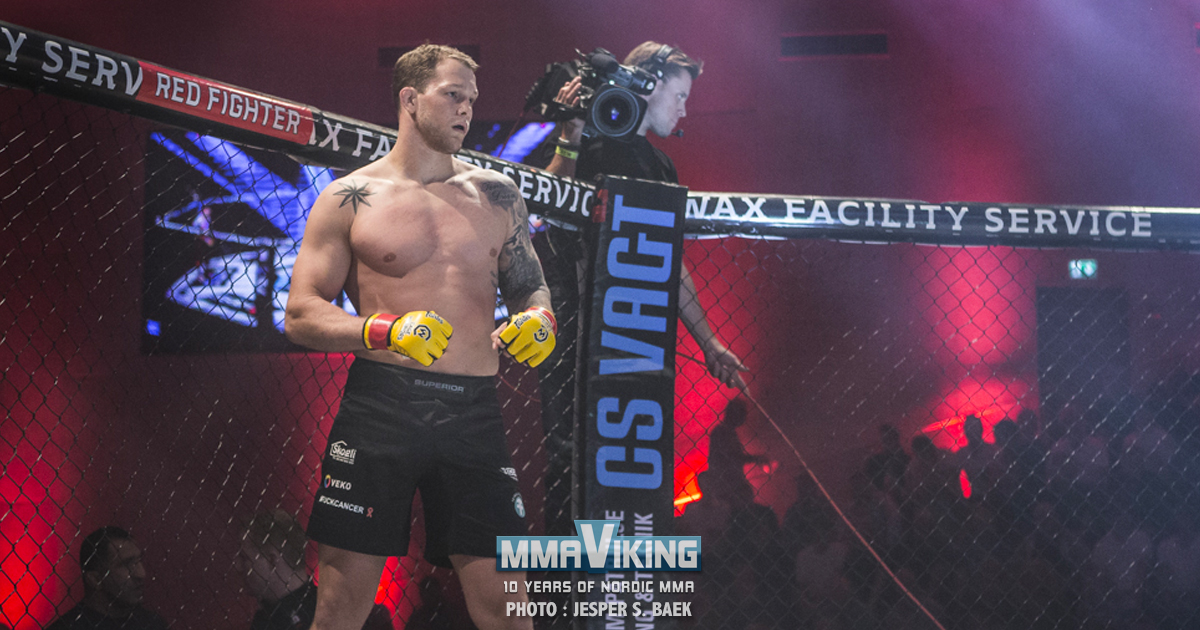 Undefeated Marthin Hamlet (4-0 / #6 Nordic LHW) stopped Jack Rolinski (1-3) at CWA Denmark 1 in September, and now he is back for more at CWA Denmark 2 this Saturday as he faces veteran Łukasz Parobiec (13-8-1) fighting out of the UK.  “I looking forward to fight in Frederikshavn and people can expect a very professional show from Team Olympian.”says the Frontline Academy fighter to MMA Viking.

“I will finish my opponent inside two rounds and then I will move on for something bigger next year.”

“Marthin Hamlet is ready.” says the light heavyweight prospect about his matchup against the Polish born fighter that has fought in BAMMA, ACB, and KSW and did have a 10 fight winning streak in 2010-2014.

Marthin turned pro April of 2017 and has won all four of his fights in the first round, with two by punches and two by submission.

“My preparation has been very successful. I’ve haven’t been sick or injured, and I had a long period with hard and smart work.”