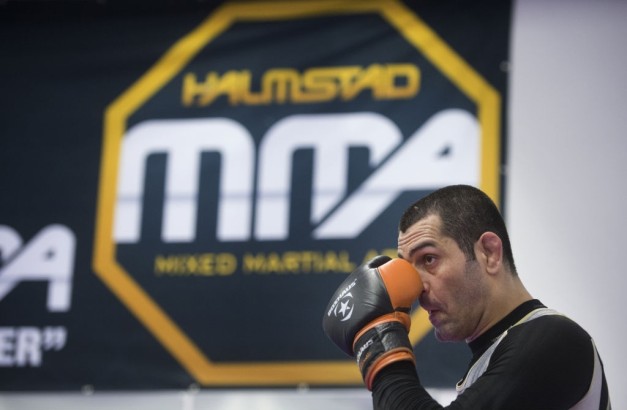 Alan Carlos (10-8-0) will face Daniel Acacio (30-14-0) Saturday night in Helsingborg at Superior Challenge X, but this wasn’t the original plan. A lot has changed in the last couple of days for Superior Challenge, and for this fight it was originally planned that Brazilian Daniel Acacio faces Papy Abedi, and David Glasnovic was supposed to fight Alan Carlos. However, both Glasnovic and Abedi got injured, but we still get a great fight because now Brazilian born Alan Carlos, now living in Sweden, will throw down against Daniel Acacio.  “This is a huge opportunity for me to fight a guy like Daniel Acacio.” says Halmstad based Brazilian to MMAViking.com 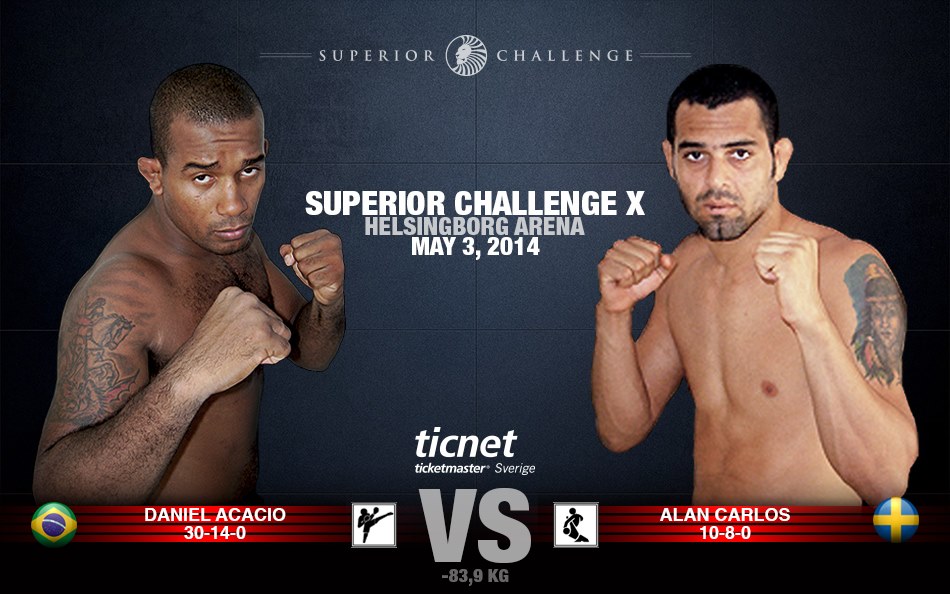 Carlos will have a big step up in competition as he takes on a fighter of 44 fights instead of the original one which had only 2 pro MMA bouts. Alan is a BJJ black belt and coaches and trains out of Halmstad MMA but has recently joined the new Gothenburg based camp ‘Swedish Top Team’. With almost 20 fights under his belt, Daniel Acacio could be his toughest test yet.  “I haven’t changed so much in my preparation since I got the fight in short notice. The training has been very good. Most of the time I’ve been training at Halmstad MMA, but I also got support from Babak, my wrestling coach, at Swedish Top Team.”

“I’m gonna take him down and submit him.”

Alan is 3-1 in his last 4, this will be his second visit to Superior Challenge. His last fight was against Allan “No” Love (11-5-0) and in a exciting bout he got caught in a guillotine choke which forced the tap.

Acacio is a seasoned veteran with 44 professional fights and have earned the nickname “The Viking Hunter”, probably for his wins over Tor Troeng, David Bielkheden, Diego Gonzalez and Bobby Rehman. He is 6-2 in his last 8, this will be his fourth fight with Superior Challenge. And he lost his last fight against Aslambek Saidov (15-3-0).

MMAViking.com will be reporting live from the Helsingborg Arena this Saturday night.  Stay tuned for live play-by-play, photos, and videos.