Gustafsson practicing in the U.S.

Visit nyheter24.se/sport/kampsport24/456846-ufc-svensken-tranar-i-usa for original article posted in Swedish.  Below is the translation in english. 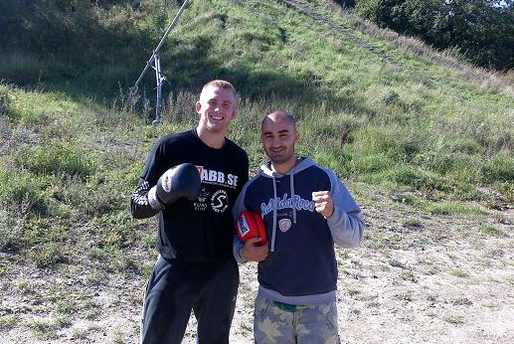 Alexander Gustafsson is practicing in San Diego for the meeting with Cyrille Diabaté in London. Hi is training with one of his friends… Phil Davis, who recently defeated Swede.

On October 16, making Alexander “The Maule” Gustafsson its third match in the UFC when he made against Frenchman Cyrille Diabaté at UFC 120 in London.

A victory needed to get the Swede to retain his contract when he later went to his first defeat by Phil Davis.
As part of preparations for the match Gustafsson has just gone to San Diego with his boxing trainer Michael Andreas for a month’s training at Alliance MMA.

– I know that this trip will be to develop my fighting to another level, all located on a really high level and no one is out of shape although they have not match, the Swede writes in his blog on the first day on location in San Diego.
At the Club are training fighters with several contracts in the UFC, including Brandon Vera, Joey Beltran and the same Davis who later defeated the Swede.

23-year-old Gustafsson is the third Swede to win contracts with the UFC and had before the loss by winning nine matches in a row.

In Diabaté teaches his excellent boxing needed when the Frenchman is a meritorious Thai boxer who also has played in over 11 years.