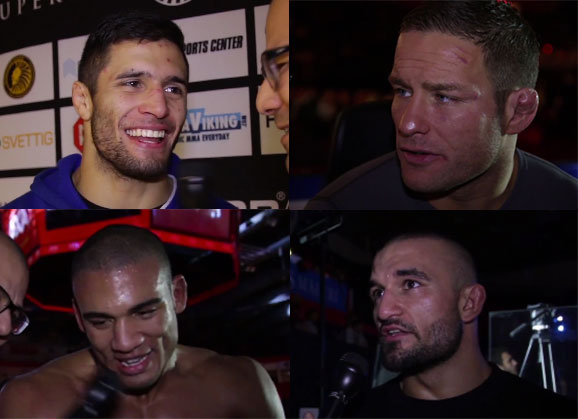 It was another successful night for the Allstars Training Center fighters as they went four wins in four bouts at Superior Challenge 11. Here from each of the fighters below.

David Bielkheden – “I waited for the 10 second mark” said Buster about his finish with just one second left in the bout. “If they want me to fight, I’d love to fight” says Bielkheden about a chance to fight on the UFC in Sweden card this January.

Fernando Gonzalez – “I felt like I almost had him. It’s OK, it’s a win and I’m happy about it.”

Michel Ersoy – “I got the W, and that is the most important.”

Max Nunes – “I felt terrible. I’ve been fighting a cold for some time, but I am surrounded by good people and they coached me.”