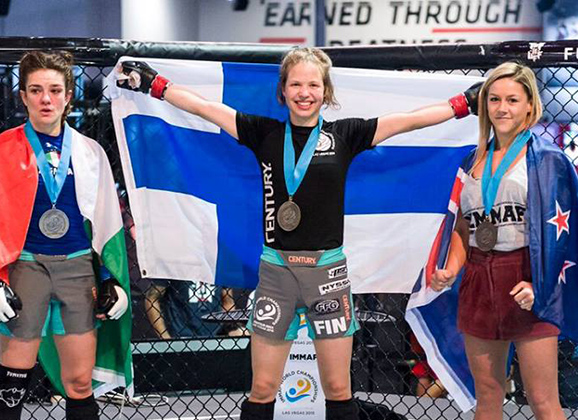 Minna Grusander won gold Saturday in Las Vegas at the IMMAF World Championships at UFC International Fight Week. The FinnFighters Gym fighter was the only Nordic fighter to stand first on the podium. “It’s awesome” says the 115 lbs champion to MMAViking.com shortly after the bout. 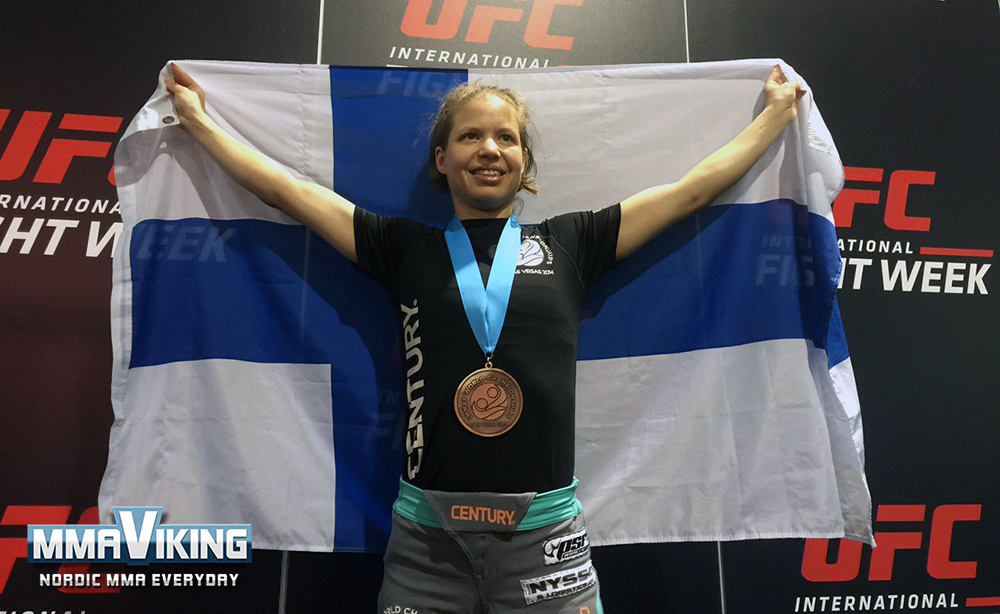 “She started slowly, so I didn’t rush into anything” says Grusander who took on the hard puncher Maria Vittoria Colonna from Italy. The Finn dominated the bout late, and the Colonna getting “saved by the bell” at the end of the second.