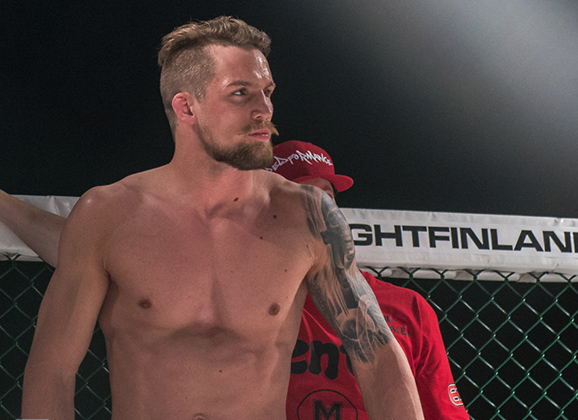 FinnFighters Gym’s Teemu Packalen (7-1) was preparing to face Poland’s Lukasz Sajewski (13-1), but the Finn will now face Frenchman Thibault Gouti (11-0) on February 27th at The 02 in London.

Gouti has most recently beat Mikael Nyyssönen at Cage 29 and then Anton Kuivanen at Cage 33, and has gained a reputation as the Finn Killer.

Packalen was himself a late-replacement for his UFC Debut back on July 18 card at the The SSE Hydro in Glasgow, Scotland. He stepped up on 8 days notice to face another Frenchman in Mickael Lebout, who he eventually loss to by decision.