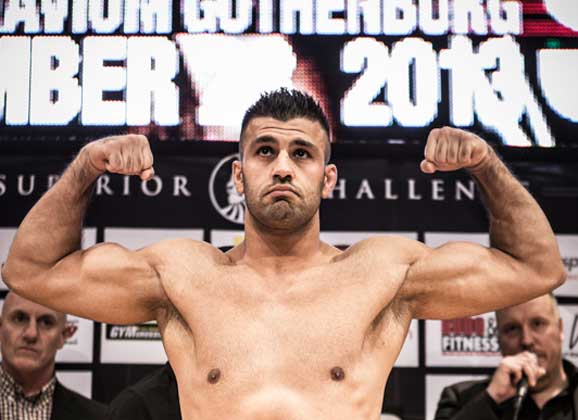 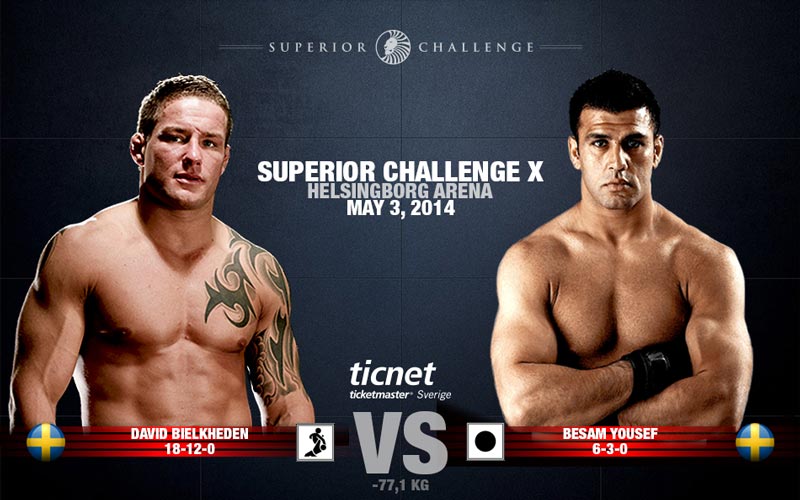 The match was originally scheduled for Superior Challenge 9 in late 2013 was canceled due to injury but is now becoming the highly anticipated match between Stockholm and Gothenburg finally off. The combatants David and Besam are again booked against each other at Superior Challenge X May 3 at the Helsingborg Arena.

This match was one of the ones I looked forward to most on the former Superior Challenge Gala. Besam has ​​an amazing match against the substitute Danny Mitchell and I was extremely impressed by him. We are really excited to add this fight to Superior Challenge X on May 3 Helsingborg Arena. Two of Sweden’s foremost welterweights pitted against each other in a prestigious meeting that will be noticed internationally. Bielkheden, the distinguished pioneer who will challenge the younger hungry rival the traditional way in an honorable duel. It can not get better than this.

Bielkheden challenged Yousef prior to the former Superior Challenge gala and Besam was not slow to accept the challenge. Unfortunately Bielkheden was injured seriously at a training camp in the United States shortly before their last meeting, which resulted in that he had to cancel his participation. Superior Challenge then replaced David with Englishman Danny Mitchell who jumped in even though it was only a week left before the match and Yousef thanked me for the new opponent, though he had been preparing for a very different kind of fighter. The Englishman with his unorthodox fighting style was signed by the UFC shortly after the match. The last time David and Besam would meet hyped game as AIK vs Frölunda when both teams were very involved in the meeting and this time of Stockholm and Gothenburg were cheering on their fighter on neutral ground in Helsingborg instead.