After beating Jorge Santiago this past weekend, Icelands Gunnar Nelson made a significant climb in Fight Metrix´s ranking system.  Gunnar was ranked as the #44 welterweight in the world before his fight in Wembley Arena, London but has now climbed a whopping 24 steps and now finds himself right behind the legend BJ Penn and ahead of fighters like Erick Silva, Thiago Alves, Diego Sanchez, Paul Daley and John Hathaway. The only Nordic fighter ranked above Gunnar is Denmarks Martin Kampmann who holds sixth place in the rankings. Previous to this bout Mr. Santiago ranked at placement #23 in the 185 pound division. If you’d like to see how the rest of our Nordic top fighters are holding up in the international rankings, check this article out. 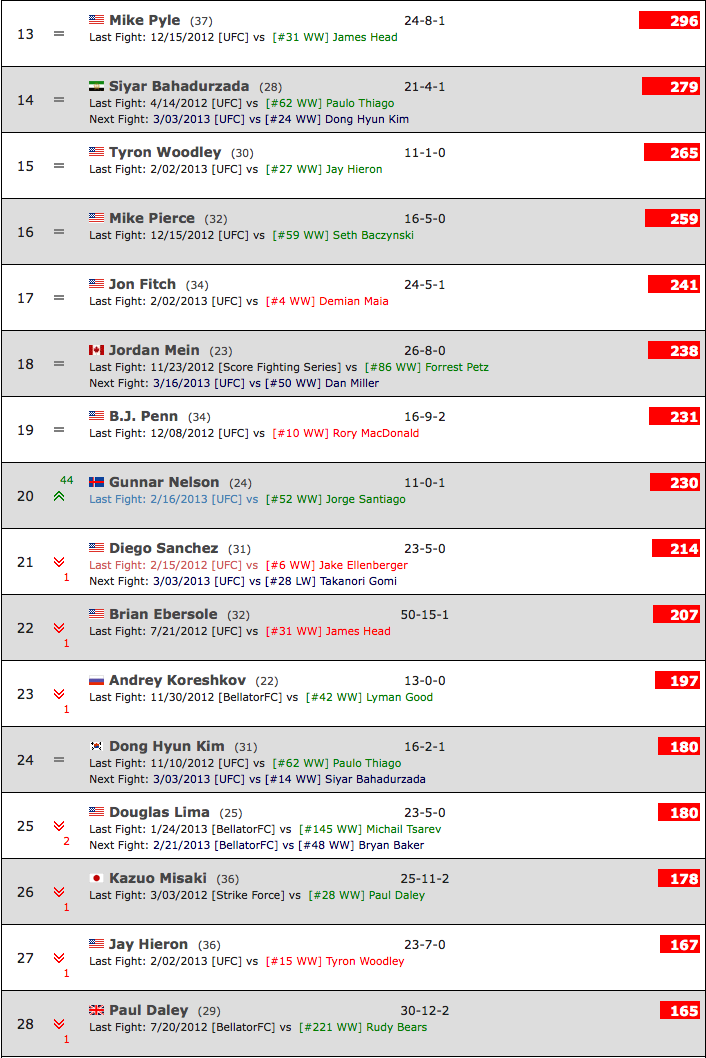