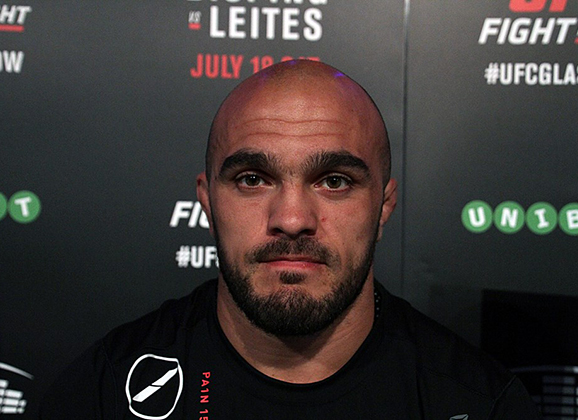 Ilir Latifi will step back in the Octagon tomorrow at UFC Fight Night 72 in Scotland.  The Sledgehammer will be looking to get on the winning track after losing in October in Sweden at the hands of Jan Blachowicz. “Losing is always tough, independent of where it happens. It’s tough, but it is part of this sport, especially on this level. You have to be able to come back from losses and show that you’re here to fight.” says the Allstars fighter at media day.

The Swede will face Hans Stringer, who is from the Netherlands and comes into the bout with a 22 win, 6 loss, and 3 draw record. He most recently lost at UFC 179 against Fabio Maldonado by TKO. “He is a tough fighter, well-rounded. He is a tough striker, but also a good grappler, we’ll see what happens. It doesn’t matter whether it is stand-up or grappling, I’m going for the finish.”

“I just try to make sure to tighten my game, not make certain mistakes anymore.” says the training partner of Alexander Gustafsson as he faces the striker that now trains with the Blackzilians in Florida.

Stay tuned to MMAViking.com for the prelim bout, as we will post live play-by-play and results.