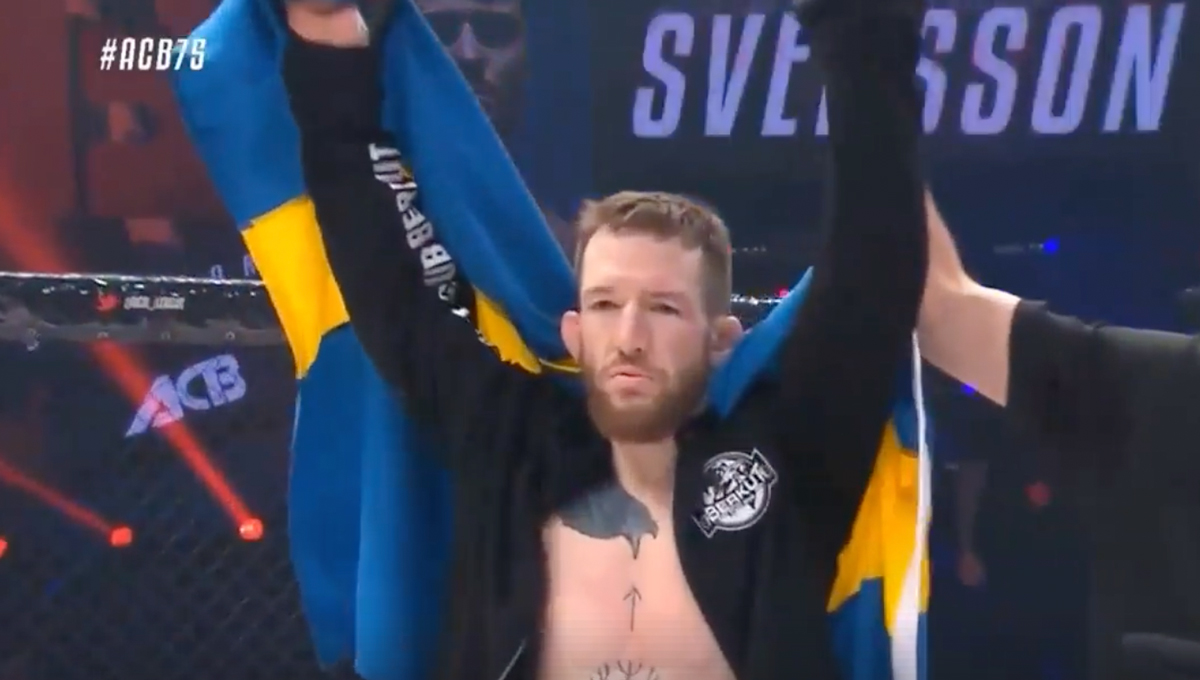 Jonathan Svensson (6-5) got back on the winning track at ACB 75 by stopping previously unbeaten Shtegu Vrajolli (6-1) in Germany tonight.

The bearded Swede looked good in the bout that ended in the first round. Vrajolli tried to take-down the Pancrase trained fighter and stay on top, but the power of Jonathan was obvious as he avoided an attempted keylock. Svensson landed a big knee and right hand and marched down the German fighter. Eventually another huge right hand shocked the fighter, and Svensson ended the fight against the cage with a power guillotine.

“I am not a lightweight” says the Swede after the bout in his first featherweight bout. “He seemed to be tired… so I felt I could finish it.”