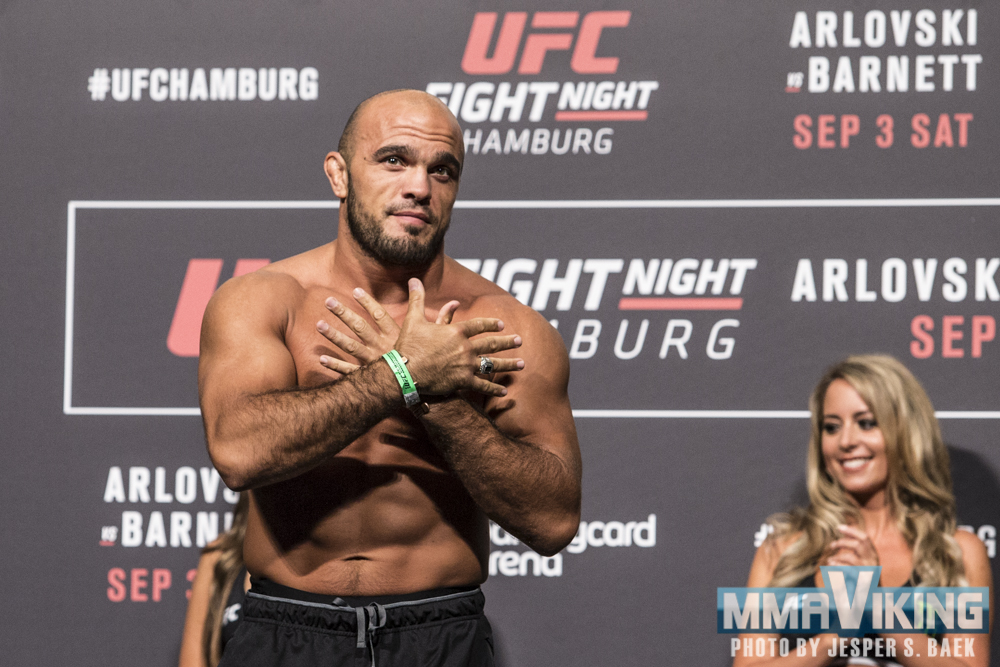 The Swedish light-heavyweight was due to face ‘Minotauro’ Antonio Rogerio Nogueira at UFC Fight Night 112 last weekend in Oklahoma City before an injury prevented the Brazilian from competing.

Pedro represents a tough task for ‘The Sledgehammer’ after defeating The Ultimate Fighter Season 23 runner up, Khalil Rountree on his UFC debut before upsetting previously unbeaten Scottish star Paul Craig.

Latifi will be looking to bounce back just over one year on from his knockout defeat to current Bellator light-heavyweight champion, Ryan Bader. The Swede was the victim of a brutal knockout which earned the American performance of the night honours.

Ilir Latifi is currently 5-3 inside the octagon and the thirty-three year old will be looking for a victory to push him up the UFC rankings, where he currently holds the position of the ninth best 205lb fighter in the promotion, with Pedro ranked at twelve.

Pedro was originally slated to face Corey Anderson at UFC on FOX 25 in Long Island, New York but that fight has since been removed from the card with the Australian being moved to UFC 215, joining Junior Dos Santos and Francis Ngannou on the card.