UFC veteran Lucio Linhares gets a new opponent to fight at the Fight Festival 32 after his original opponent Logan Clark had to drop out due to a injury.

Logan Clark commented the situation on the Underground few days ago:

“I injured my knee this last week and had to drop out of the fight. My most recent opponent, Jake Doerr, will be taking my place.”

Jake Doerr (6-2) lost to Clark by kimura in the second round in August at the 3RT show.

Doerr won his first six professional fights but has tasted defeat in his last two bouts. Before fighting Clark, Doerr was beaten by UFC lightheavyweight Vinny Magalhaes at M-1 in March of 2011. Doerr is a aggressive and strong middleweight who has never gone to decision on his career. 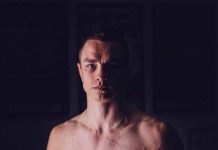 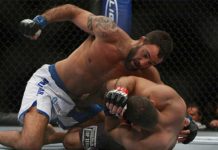