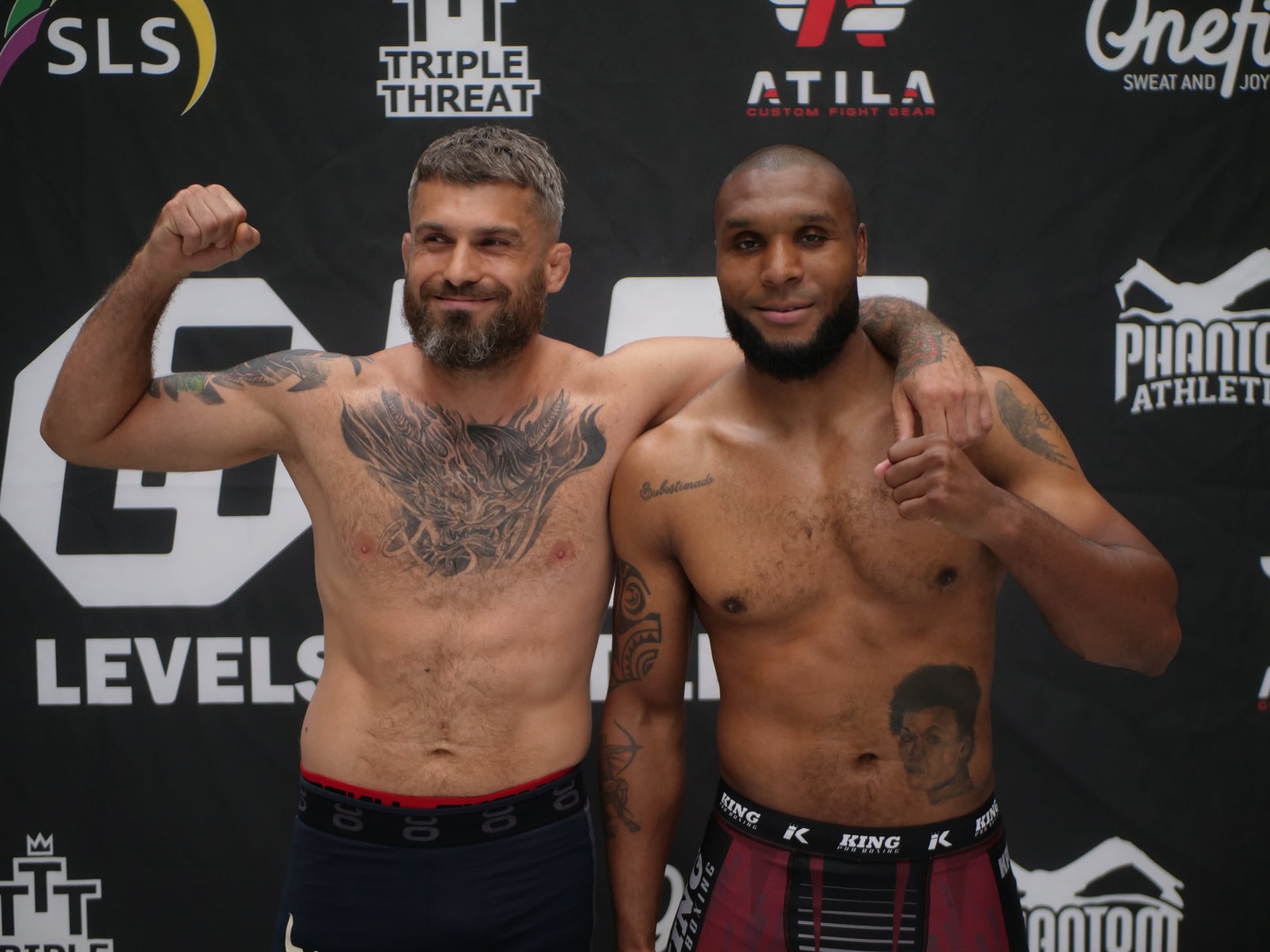 After some early adversity Zarey gained top position after a takedown against the cage and held the Englishman down there for quite a lot of the first round. Zarey maintained a solid position where he landed some strikes to win the round easily.

Straight off the bat Zarey shot for the takedown, despite being unsuccesful with the first two attempts it was third time lucky for the Norweigian. He returned to the same position he had in the first round an continued to wear down his opponent with. He held this position for more than half of the second round, landing shots before the referee stood them up with just under a minute left on the clock.

Odunjo had to deal with the takedown right away but managed to stay on his feet against the cage to avoid being brought to the mat.

Odunjo came out looking lively on the front foot but Zarey took him down just over a minute into the fight and returned to top position landing strikes. Zarey continued to display his high level of top control for the rest of the fight in order to secure the win via Unanimous Decision.

In a comical moment before the beginning of the bout, Nasih El Arja forgot his cup and a quick change had to happen cage side.

The Dane took his opponent down early and immediately got to work, he locked in a triangle from top and started alternating between submission attempts. Ben Halima escaped the triangle but continued struggle on his back before getting back to his feet. Both men being back on the feet was short lasting when El Arja took him down, got into side control and hunted for a submission. He was unlucky not to get the win after dominating the round, Ben Halima showed a lot of heart to survive that round.

The second round was more of the same as the previous round, except this time both men were a lot more tired. With less than a minute left in the round, El Arja managed to take the back of Ben Halima, snatch the neck and secure the submission win on his pro debut.

The Norway based fighter was the fifth fight of the Main Card, the highly renowned grappler took on a very game Irishman in Caolan Loughran.

Loughran came out early and took the centre of the cage keeping his range to avoid the takedown. Abbas-Zade failed to secure a takedown but managed to landed on the feet after being forced to strike. Loughran continued to back Abbas-Zade up and landed quite a lot of leg kicks. It looked as though Abbas-Zade was going get a guillotine choke near the end of the round but Loughran handled it very well. The round ended with the Irishman in Abbas-Zade’s guard.

Abbas-Zade shot for the takedown early but it was stopped by Loughran. He was kept on the back foot for the most part of the round, eating a leg kick on occasion. Not much happened in the second half of the round with Abbas-Zade struggling to get the fight to the ground.

Abbas-Zade managed to attempt another guillotine early in the round but wasn’t able to lock it in. They returned to their feet soon after and Loughran continued to stay on the front foot pushing his opponent back against the cage. The fight was very technical but the Norway based grappler struggled to deal with striking of Loughran and lost the fight via Unanimous Decision.

Unexpectedly, Wilnis swept Okuroglu to the mat before letting the Dane return to his feet. Fatigue was setting in for the Rumble Sports fighter and Wilnis pounced, landing a clean right hand that dropped Okuroglu before following up with some strikes on the ground to finish the fight.