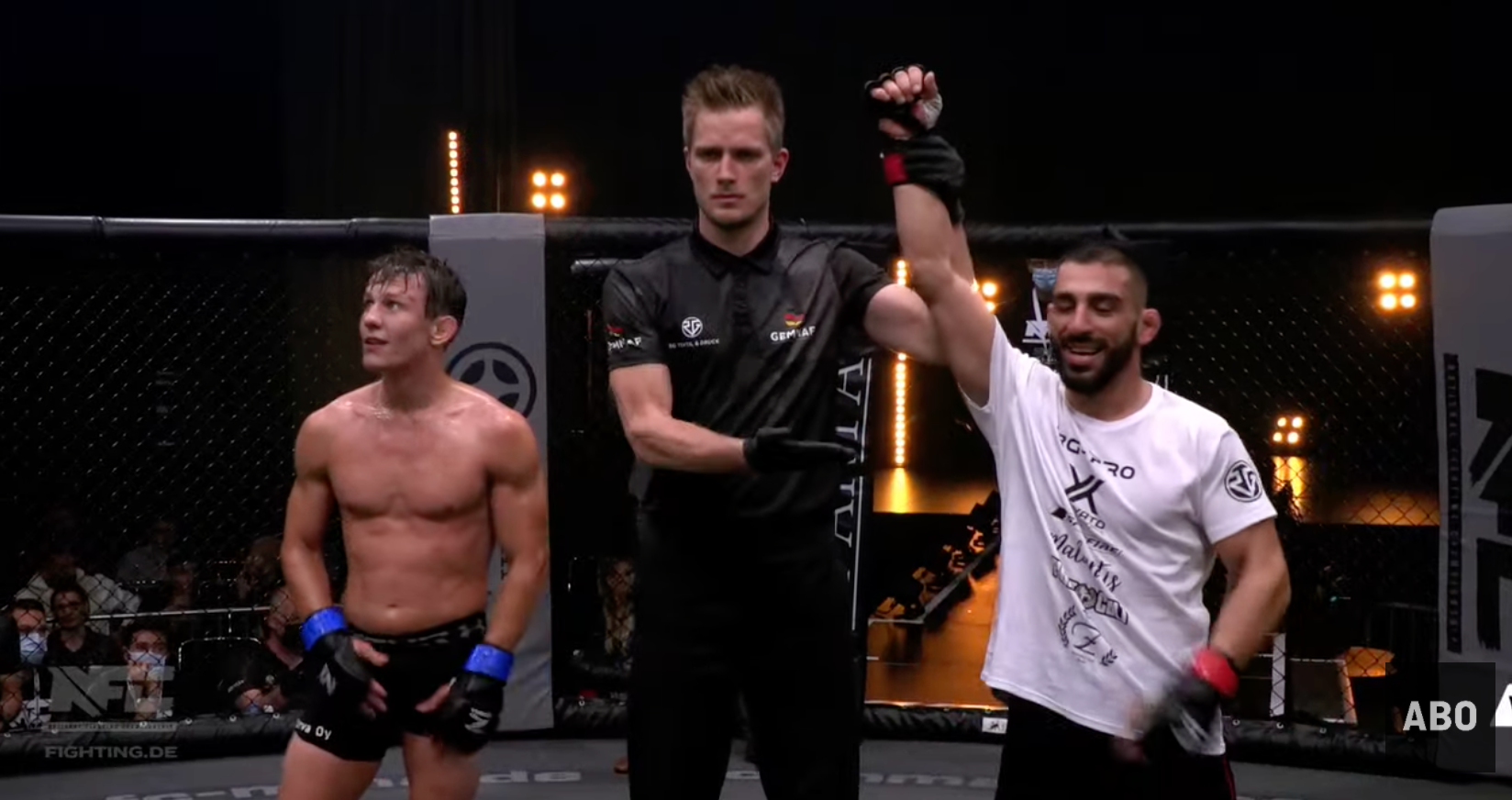 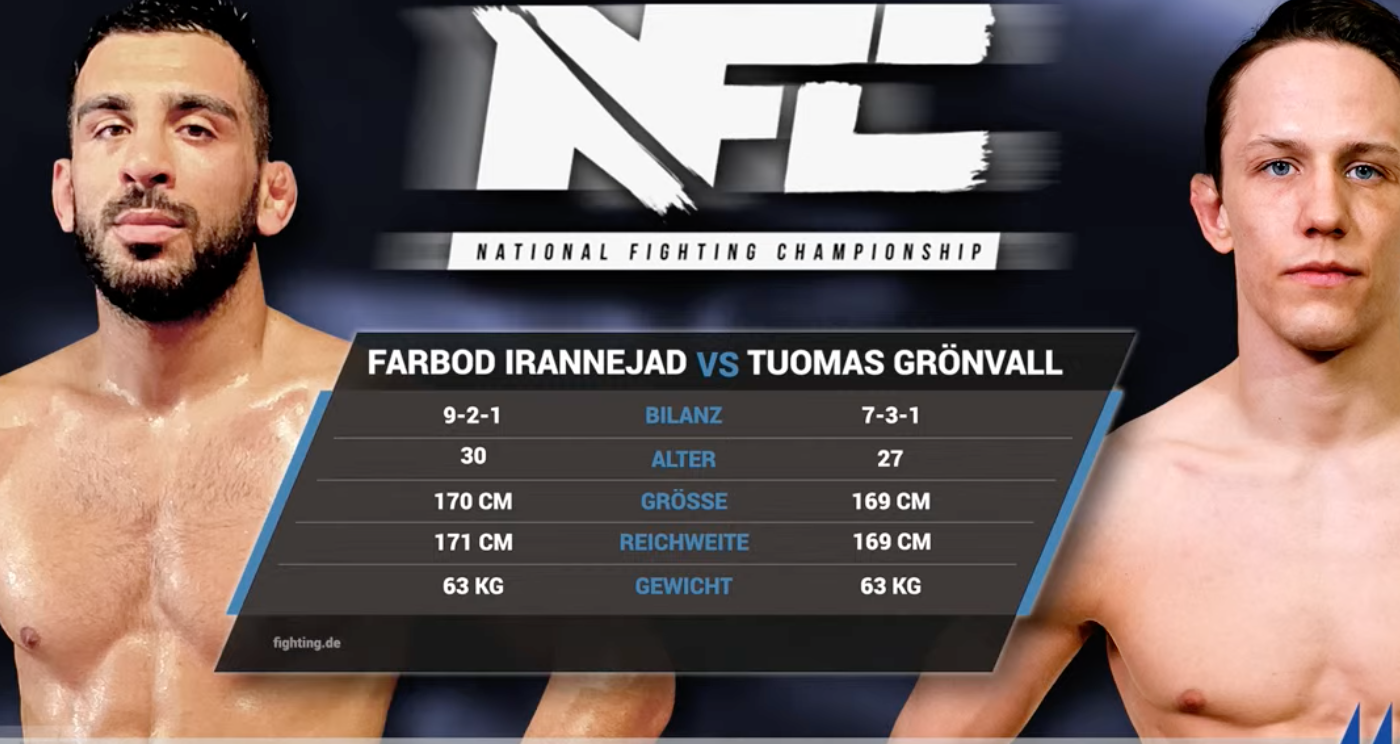 Grönvall starts very cautiously, as both fighters taking their time to close the distance in this bantamweight matchup.  Very slow action, but Tuomas trying to get his jab working.  A flurry from Irannejad with two minutes remaining. 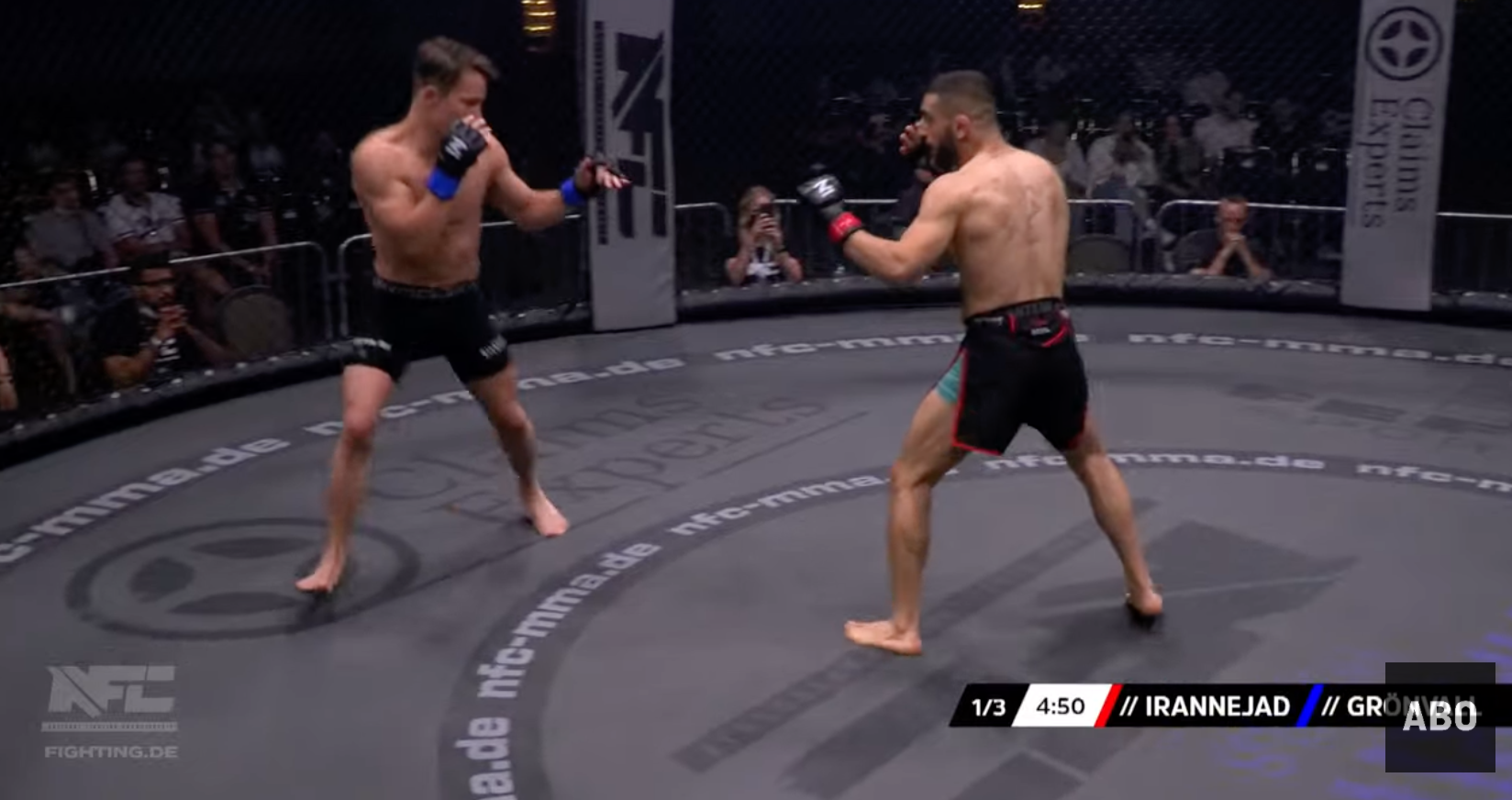 A left high-kick from the Finn nearly lands at the bell.  Not much to judge that round, without much action, but probably the edge goes to Farbod.  Both fighters are all smiles as the second round starts.

The intensity picks up now.  And after some punches, Grönvall goes for a take-down, but it is defended.  It is Farbod that is in on a double-leg take-down and he picks up the Finn and throws him to the ground, for the first major advantage.  But, Grönvall is up to the feet.  A kick to the groin and the action is stopped briefly.  90 seconds left and the Finn is in deep on a shot and grabs a single leg that the local defends the take-down nicely against the cage.  A spinning headkick by Irannejad nearly lands at the end of the round.  Mikael Silander in the corner is coaching and expresses urgency.  The two hug to start the third round. Grönvall launches a huge right hand to start the round, but it misses.  The Finn is going all out here and dives in on a double leg that is again countered, and Farbod is showing some high-level grappling.  Up against the cage with a body lock and Farbod gets a brief take-down, but Tuomas is up…. but controlled.  The German fighter holding on, but Tuomas is able to finally get out.  The crowd starts chanting for action, and Farbod lands a nice left in the exchange.  In on a double-leg and a finish for Irannejad, and Tuomas switches to an armbar!  It is tight!

But, eventually defended and Farbod is out.  Now back to the feet and Tuomas moves forward and strikes, but it tagged with a big right hand.  One last take-down for Farbod to lock up this victory 30-27 on all cards.