Finn Marcus Vänttinen did not win the 8 man tournament tonight in Denmark. Volkan Oezdmir took the title in the one-night tournament in dominant fashion, stopping all of his opponents in the first round. 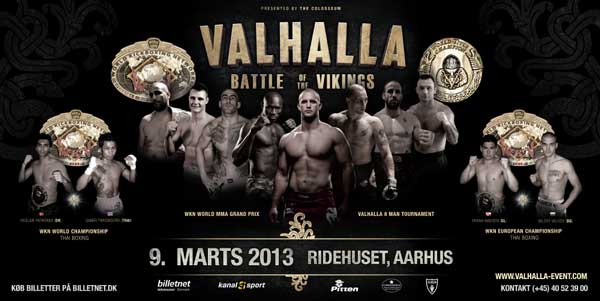 Vänttinen fought Benjamin Angelier from France in his first bout, and was dominant early until he got caught with punches leading to a controversial TKO stoppage at “Battle of Vikings”. The Finn has now dropped two fights in a row, and goes to a record of 21 wins and 5 losses.

In the MMA Superfight, Dane Nicolas Dalby beat Ivica Truscek in a rematch from last year’s Royal Arena. The bout went to a decision, with Dalby winning on all cards. Look forward to a Dalby versus Swede Assan N’Jie in the summer. Dalby remains undefeated at 10 wins and 0 losses in his professional career.