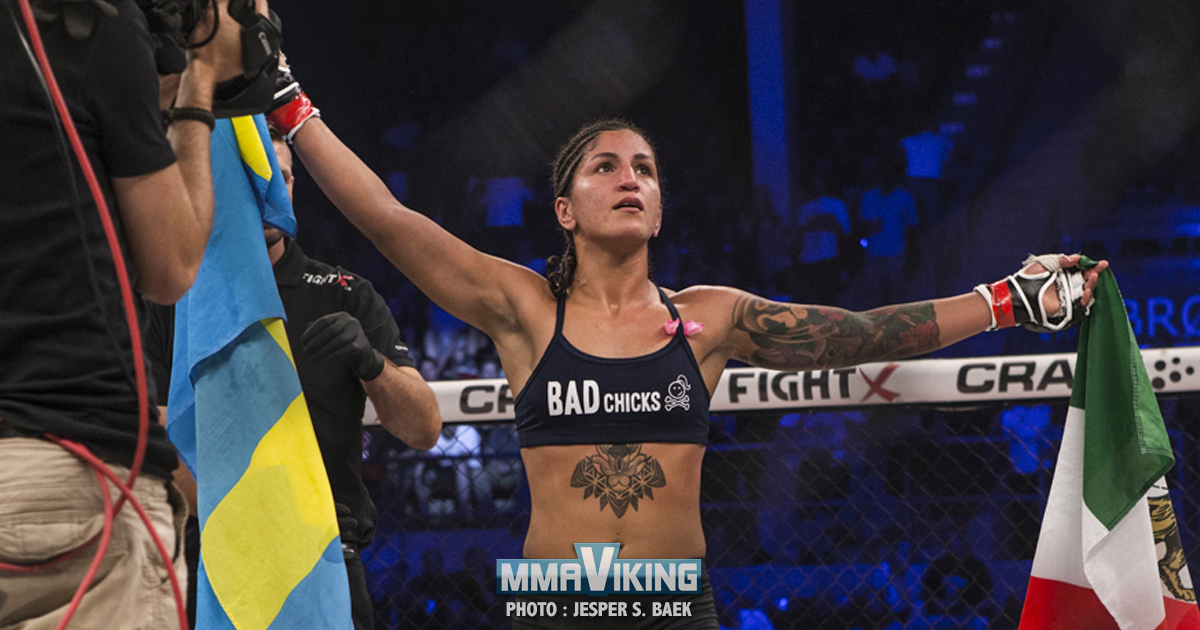 MMAViking’s 2018 Female Fighter of the Year Pannie Kianzad (11-4-0) is back with the UFC officially. “Back where I belong” posts the Swedish based fighter that will face Julia Avila (6-1) at UFC 239 going down on July 6th at the T-Mobile Arena.

The Arte Suave fighter got back in the win column after taking home a unanimous decision victory against French Iony Razafiarison( 6-3-0) at Superior Challenge 19 the last may. After a solid performance where she outperformed her opponent at every distance, Pannie called for the UFC, upset she was not on the UFC in Sweden card.

Avila is an American that fights out of Oklahoma City. She has a 6 win and 1 loss record and will be making her UFC debut. Pannie will be a late replacement opponent, after Melissa Gatto withdrew from the card.

Kianzad is very familiar with the UFC’s Octagon, beating German Katharina Lehner (7-1) on Episode 2 and won by unanimous decision over Julija Stoliarenko (4-2-1) on episode 10 in the semi-finals to earn a shot at gold at The Ultimate Fighter Finale 28.  The impressive run got her to the finals, where she lost to teammate Macy Chiasson.

UFC 238 is headlined by Jon Jones versus Thiago Santos for light heavyweight title.