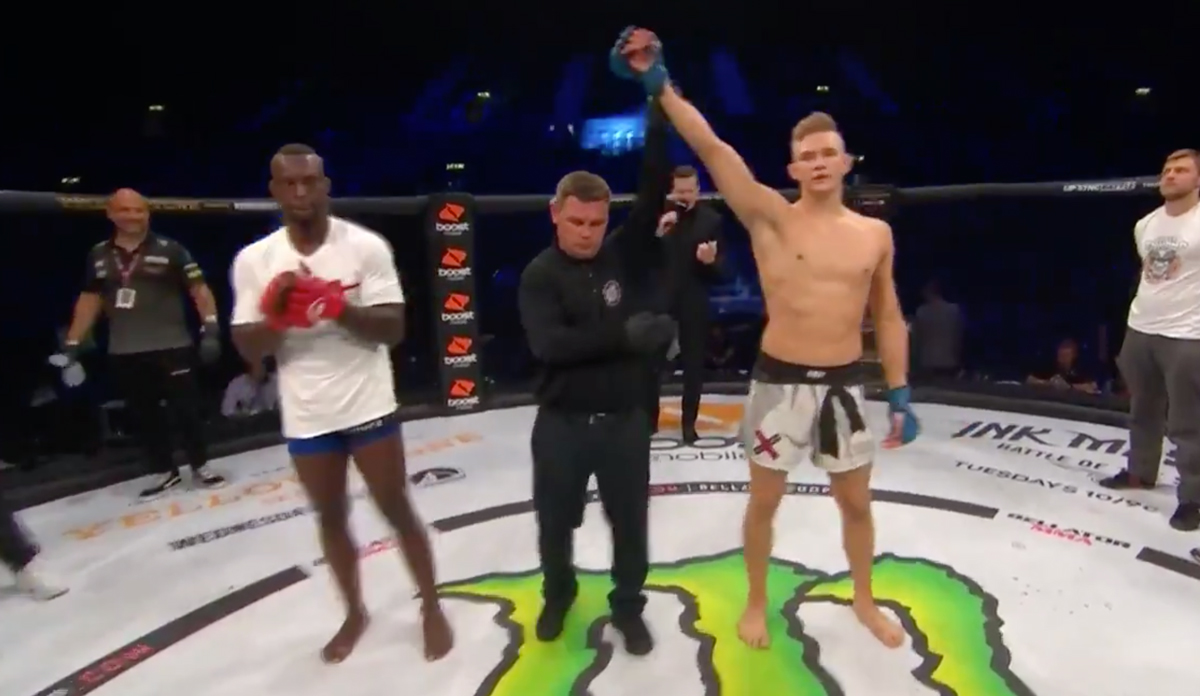 Oliver Enkamp (8-2) showed no signs of ring rust in his return after over a year away from the cage. The “Future” submitted Walter Gahadza (18-4) at Bellator 223 after a beautiful lateral drop take-down to start the fight then another high-flying throw before getting the take-down leading to the rear-naked choke finish at 4:54 of round one in London. Watch the full fight here.

It was Enkamp’s first fight since UFC Fight Night 127 in March of last year. It was his Bellator debut, and although originally scheduled to be on the prelims, was eventually moved to take place after the main event.

Oliver fights out of Pancrase Gym in Stockholm. He moves to 8 wins and 2 losses in his career, ending a two fight losing streak.