This years edition of ADCC takes place on October 19 & 20 in Beijing, China and at the moment 6 nordic fighters have accepted their invitation.

Norwegian Jon Olav ‘The Viking’ Einemo returns to his grappling roots and will look to notch another ADCC title. He won gold in 2003 ADCC – 99kg class, 4th in both 2001 and 2005 ADCC. We saw Einemo last in the UFC cage when he lost a decision to Mike Russow in 2012. Joining him in the – 99kg class this year is Swede Mikael Knutsson who placed 4th in European Trials, Silver at the ADCC European Championship (2013), Gold at the European Championship Grappling (FILA) and FILA European Championship in Submission Wrestling (2011).

In the – 77kg class the Finn Tero Pyylampi who for the first time will enter the ADCC World Championship after qualifying at the ADCC European Championship in 2012. Also experienced from tournaments as BJJ Finnish Open (2011, 2012, 2013), BJJ SM (2012), Abu Dhabi World Professional Jiu Jitsu Trials (2012). Timo-Juhani “Tipi” Hirvikangas (6-2) dominated at last years ADCC European Championships in Slovenia, and the leg lock specialist finished both of his opponent with two quick leg locks. The bantamweight won gold and got a invitation to the 2013 ADCC in China.

Noteworthy: Eduardo Rios who will compete in – 77kg is working and living in Oslo at the Frontline Academy, a gym that have talents like Jack Hermansson, Mohsen Bahari, Håkon Foss and Simeon Thorensen. Gunnar Nelson have declined the invitation as he is concentrating on MMA

There will also be competitors from the UFC such as the current Lightweight Champion Benson Henderson, Dong Hyun Kim and Vinny Magalhaes. The names below are the participants for this year edition of ADCC: 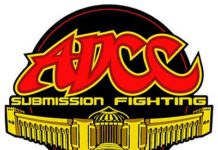