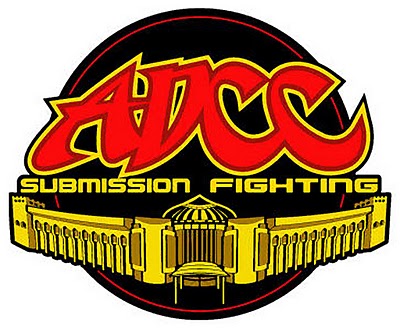 ADCC 2013 in Beijing, China just happened and Bloodyelbow kept track of most of the fights giving us a play-by-play of our Nordic fighters. There was 5 contestants from Finland, Norway and Finland. Read the commentating from Ben Thapa:

Knutsson/Ozawa coming up now. Knutsson is like 2 feet taller than Ozawa. Lol. Knutsson has Ozawa’s back on the ground and has the RNC fast.

Big Leo Nog vs Knutsson. Big Leo gets a takedown into half. Big Leo looking to beast the pass to his right, as usual. Knutsson trying to push Leo Nog’s head away, but it’s only letting the smash pass work better. Leo Nog is dealing with Knutsson trying to take his back with a firm push of the underhook and careful hip positioning. Leo Nog working his way upwards slowly, but gets shunted back to guard. Leo Nog goes to stand, can’t keep his footing and comes back down. Leo Nog going Tozi pass again.  Leo Nog can’t work the Tozi and goes back to regular closed guard. Leo Nogueira to the half guard, Knutsson putting up a mighty fight to keep him from passing.  Knutsson tries for a guillotine after standing up, but it fails and Leo Nog uses it to scramble up top and into side control. Knutsson trying to recover guard. Leo Nog firmly in side control. Looking for mount. Leo Nog loses the side control and they go to the feet and clinch. Time elapses and Leo Nog wins on points. Knutsson did much better than expected.

Tammi Griego now up vs Ida Hansson. Griego trying her spinny shit game against Ida and it’s not quite working. Tammy still working the deep half on Ida and finally forces her out and back to the open guard. Tammy has her back nearly taken after a misstep in the deep half and is fending off an RNC. Tammy back to the half guard and is looking to bump free. Griego trying for the back of Hansson, who goes for a toehold that isn’t there. Tammy comes up to her feet to try for the back take, it isn’t there either and they clinch in the middle. Tammy has gotten Ida down and turtled. Looking for a back take. Ida defends, gets her shoulders to the ground and looks to roll over. Tammy tries to defend it, but can’t avoid the roll over, so she goes up to the feet. Ida trips her and goes for a back take! Wild stuff! Ida is back on her feet and clinching with Tammy. Ida and Tammy are scrambling everywhere, careening out of bounds after clinching and tripping. Ida and Tammy is a wild clinch battle that’s going all over the mats as one looks for a trip and the other backs off to defend. Tammy finally exhausts Ida enough to get a back take off a trip to the ground! Tammy is fending off the back take, but can’t get her hips out or head up enough. Ida is hanging out and being patient. Goes for a neck crank, to see what’s there. Nothing really, but Tammy has to respect it. Somehow, Tammy has held on to enough points to win against Ida Hansson.

JT Torres and Teta Rios going. Rios pulls half and JT keeps his balance. Looking to backstep over to the left or hop over to the right. Teta keeps going for deep half and JT steps his way out easily. JT has a guillotine! Teta defends by falling back and has to give up his back. JT is gripfighting with Rios for an RNC position and has it! Gets the tap fast! Wow, he’s looking good.

A match of Suzuki and Hirkivangas is on as well. Suzuki is doing some baiting of his opponent, looking for a heelhook. Suzuki chilling in turtle, as his opponent works seatbelt control. Suzuki and the Finn are on their feet clinching up. Suzuki vs. Hirklvangas is still going. The Finn appears to have taken a foot to the eye during a scramble. Suzuki is fending off a heel hook from 50/50. Suzuki’s match is stopped once more for some reason. Suzuki’s match starts up again.  Suzuki wins on points against the Finn.

Joao Gabriel vs. Janne from Finland. Joao has Janne’s back fast. Joao has the back after a reset in the middle and works on Janne’s arm for an armbar. He loses the armbar. Janne frees himself. Joao gets to top of half guard. Joao Gabriel slowly working from top of half, has Janne flattened out. Janne spins for a heel hook on Joao Gabriel, who stands to defend, shoves the legs aside and drops for the back take. Janne looking to turtle. Joao Gabriel finishes an RNC from the back on Janne.

Six Nordic Fighters Make it to This Years Edition of ADCC