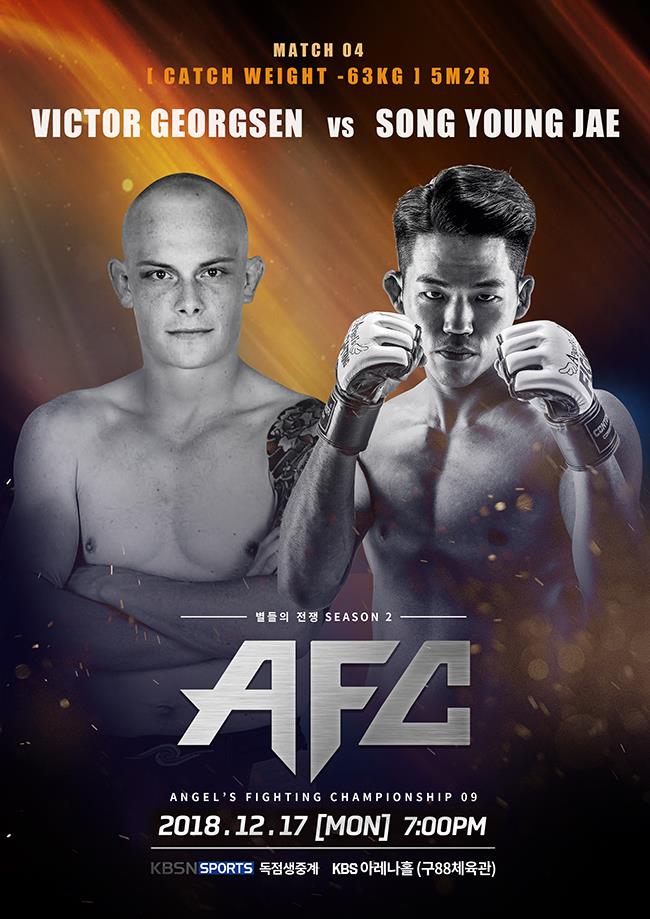 Denmark’s Victor Georgsen (0-0) is set to make his pro MMA debut on the 17th of December at AFC 09 in South Korea. Georgsen enjoyed success as an amateur and will face the undefeated Young Jae Song (2-0-1) in the pro ranks. Georgsen fights out of Victory MMA in Vietnam after making the permanent trip over following a job offer.

“I used to work with furniture. So I got a job offer 5 years ago”

Speaking with MMA Viking, Georgsen expressed his willingness to fight anywhere while also addressing how the experience of his opponent should not be a major factor in this fight.

“I’ll fight anyone anywhere. I just want to please the crowd with my wild fights. I’m a Viking.”

“Experience does not mean much when you face a guy like me. I’m aggressive.”

The Danish fighter explained his decision to turn following an active year of competition.

“I had 8 fights this year from boxing to Mma. So I’m always active. It’s my life.”

“I got offered a fight at AFC and I could not resist. And I believe that I can be their champ.”

Following his big statement, the confident Georgsen expressed his opinion on the upcoming fight and how exciting he wants future fights to be.

“KO win by myself. Don’t know minute or time. But I believe I can finish him. Cause that’s what I look for in every fight. I could give a shit about points.”

“I’d rather lose in a war than go to a decision. I want wild fights. People who wanna fight.
Cause I wanna fight and I’m there to fight.”