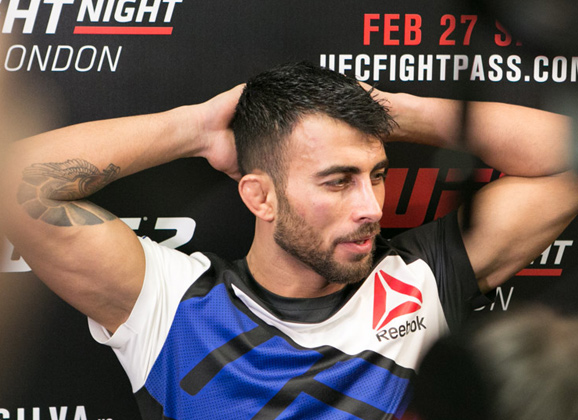 Four Nordic fighters graced the Octagon as the UFC visited O2 Arena in London, England, last night.  The event kicked off with the two Swedish TUF-veterans Martin Svensson and David Teymur facing one another, then it was Teemu Packalen‘s turn and last but not least Mr. Finland himself, Makwan Amirkhani, was the last out of the Nordic fighters.

After The Ultimate Fighter: Team McGregor vs. Team Faber both Martin Svensson and David Teymur had a lot left to prove. Svensson hurt himself after an initial victory during the season and Teymur went out due to a loss. Despite the lack of success of both the UFC gave them the chance to prove that they belong among the world elite during the first fight of UFC Fight Night 84: Silva vs Bisping. 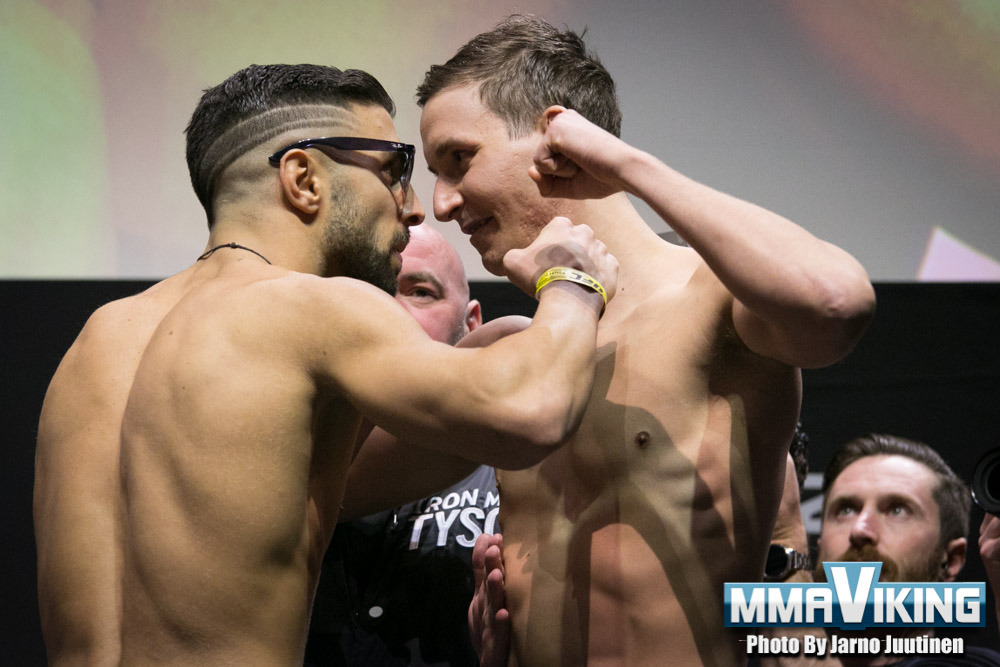 The first round was a lot about the kicks and it was Teymur that was getting the better of his opponent. Svensson, who recently was awarded his BJJ black belt by long time trainer Robert “Bobby” Sundel, wanted to take the fight to the ground but was repeatedly rejected. With ten seconds left in the frame the Allstars Training Center fighter was the one to successfully shoot for the takedown and securing it.

Teymur gets his hands going in the second round and throws combinations to his opponent. Svensson tries for takedowns numerous times but is unsuccessful in his attempts.  Svensson keeps trying to make it a grappling affair and in his last failed attempt he pays for it with a clean uppercut that makes him fall to the canvas. Teymur follows up and the judge stops the fight at 3:37 of the second round.

With the win Teymur improves to 4-1 and has an impressive winning streak of four straight fights. Svensson gets his two fight winning streak broken and falls to 14-6.

Teemu Packalen made his UFC debut during UFC Fight Night 72 in the summer of 2015 where he faced Frenchman Mickael Lebout. After three rounds and 15 minutes the Finn suffered his first professional loss via unanimous decision. Considering the UFC:s tough requirements for staying on their roster there was much at stake for Packalen when he entered the octagon to face yet another Frenchman in Thibault Gouti.

Packalen did not need to worry long. The Finn connected with an uppercut in the beginning of the first round and Gouti hit the canvas. Packalen followed up and seized the victory by sinking in a choke that ended the fight after only 24 seconds. 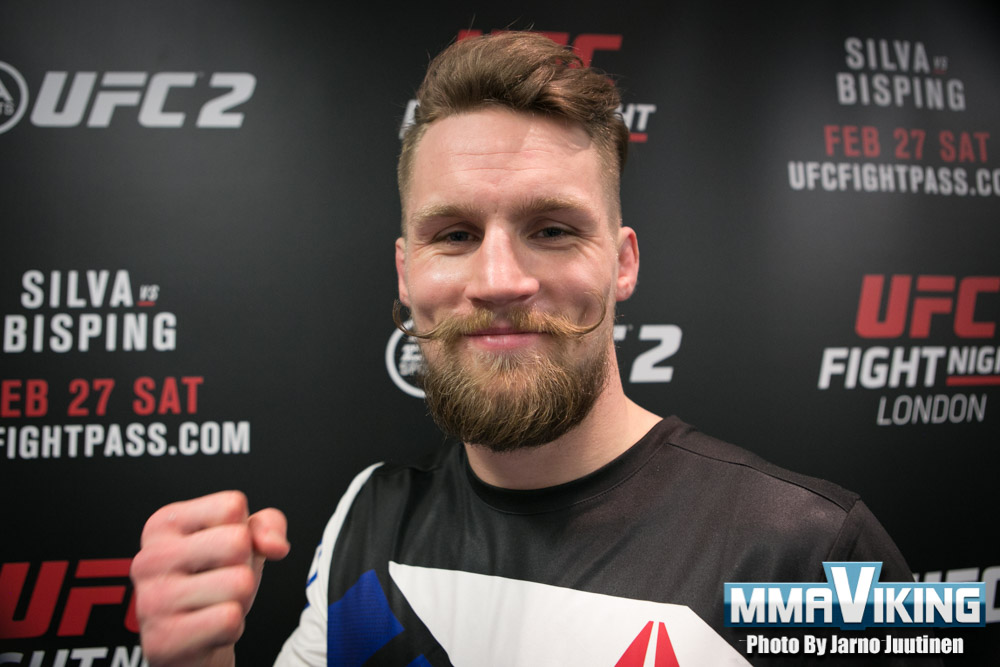 Packalen improves to 8-1 and secures his continued future in the UFC. He was also awarded a $50,000 bonus for the third fastest submission in the history in the lightweight division.

There was a lot of tension and heated words between Makwan Amirkhani and Mike Wilkinson leading up to their fight. The verbal conflict steadily escalated and during the media day interviews they couldn´t restrain from exchanging insults across the room and later at the weigh-ins president Dana White had to separate them during the stare down. In the words of Glenn Frey – The heat is on! 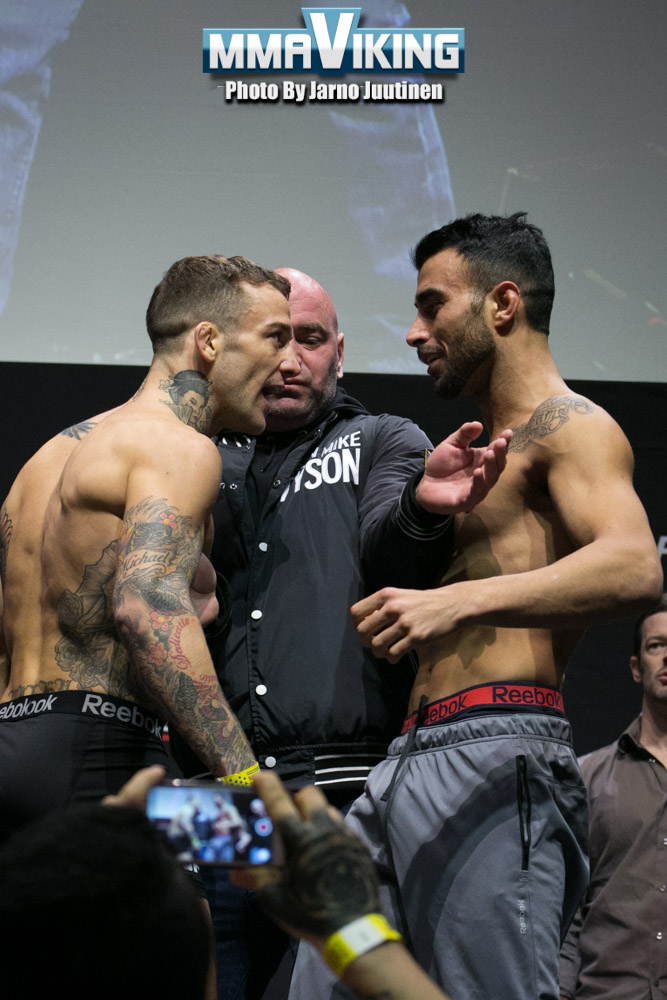 Amirkhani, who has an extensive background in wrestling, secured the takedown early in the first round. The Finn was burdensome on top but at the same time smooth in his transitions countering every move Wilkinson was trying to make to get out of the inferior position on his back. The Brit tried for a keylock submission off his back but Amirkhani escaped and coasted out the round in dominant position. In the first five minutes of the fight Wilkinson didn’t land any significant strikes.

Wilkinson tried to move more fluently in the beginning of the second round, and at times it looked like his pattern of movement was inspired by the great Dominick Cruz. But it was to no use as the Finn took him down yet again. Amirkhani kept control from up top while changing from different positions such as a mounted crucifix to a north-south position. The Brit threatened with a guillotine choke but Amirkhani kept his cool and worked his way out of the situation. Wilkinson was successful in getting to his feet but still the round ended with Amirkhani in dominant position on the canvas on top of Wilkinson.

In the third round Wilkinson was more successful with his attacks as he threatened with a headlock and later a d’arce choke. But for the most part Amirkhani had the upper hand, the dominant position and the fight exactly where he wanted it – on the mat with him in preferred and favorable positions.  When the fight was over “the heat” seemed to have left them both as they respectfully thanked each other for their efforts. 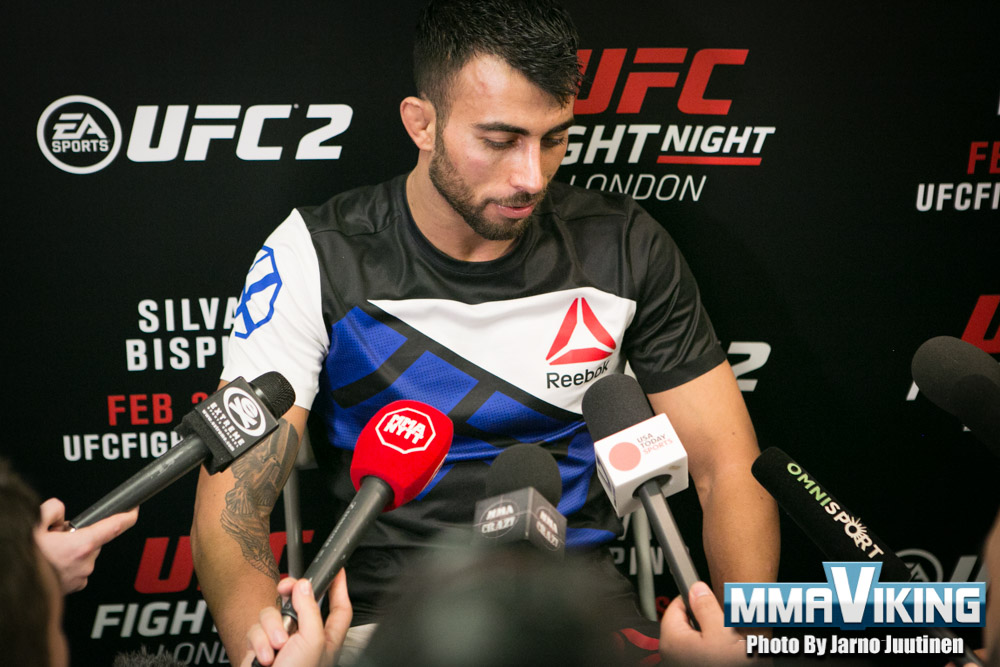 Makwan Amirkhani was announced the winner by unanimous decision (30-27, 39-28, and 29-28). He improves his winning streak to four straight fights, three of them within the UFC, and his record now stands at 13-2.

All in all, it was the most that Nordic fighters could ask for. While one Swede had to lose, there were three vikings that left London with wins on their records.