Cage Challengers II event will take place on the 3th of December in Riihimäki, Finland.

The show is headlined by Bellator signee Janne Tulirinta and Stockholm Shoot’s rising talent Claes Beverlöv. Both guys are excellent grapplers but also fearless on the feet, so the main event has all the makings for an entertaining and exciting bout!

One of the best lightweights in Finland Janne Tulirinta is making a comeback after taking some time off from fighting. Tulirinta had a two year break after he missed the Bellator lightweight tournament due to problems with getting a work permit in time. This will be Tulirinta’s second fight since the lay off. Tulirinta’s most recent fight took place in October at the Fight Festival 31 event where he fought a grueling slug fest with Sebastien Garguier of France.

Tulirinta is mostly known for his excellent grappling skills but against Garguier he showed much improved striking on the feet. Tulirinta had been sick before the fight which lead to him gassing early in the second round. Gutsy Tulirinta however kept on pushing forward and didn’t shy away from striking exchanges. The fight went full rounds and was seen as a draw by the judges. Now that Tulirinta got rid off the ring rust, we expect him perform to his full potential at Cage Challengers II.

Stockholm Shoot’s Claes Beverlöv is a frequent visitor in Finland as this will be his third fight on the Finnish soil. Beverlöv’s last fight took place at the Cage 17 Northern Storm show in Oulu, Finland just three weeks ago.  Beverlöv’s opponent Antti Virtanen got the better of the striking exchanges in the first two rounds but in third round Beverlöv caught Virtanen in his signature move, the triangle choke, forcing the Finn to tap out. Beverlöv, a former national champ in triple jump, found his way to MMA after running into some trouble as a youngster. Since finding his calling, Beverlöv has worked hard and impressive results have followed. Beverlöv has a grappling-heavy style which is obvious if you look at his record: six of the eight wins have come via submission.

Other interesting names on the card are Finnfighters Gym’s highly skilled grapplers Juha Saarinen and Timo-Juhani Hirvikangas who have both competed successfully in various ADCC events over the years.  Juha Saarinen has been battling with several injuries but now he is healthy and ready to pick up where he left off. Saarinen’s main weapon of choice is his excellent wrestling and ground game. From the clinch Saarinen has beautiful throws and on the ground he has a suffocating top game.  Saarinen’s French opponent Frederic Lefevre is mainly a striker even if his last two wins have come by submissions.

ADCC competitor Tipi Hirvikangas, who is known and feared for his slick leglocks, is also back in business as he locks horns with Mikkeli Full Contact’s Jaakko Väyrynen. Hirvikangas is just 1-1 in MMA but in the first fight he submitted Euro Top 10 ranked BW Thomas Bäck and in the second fight he lost to top ranked featherweight Joni Salovaara.  Hirvikangas meets another great grappler in Väyrynen who hails from an extensive judo background.

Another interesting name on the card and a fighter you should keep a close eye on is GB Gym’s Musa Amagov. Little brother of StrikeForce star Adlan Amagov has shown amazing striking skills and killer instinct in his first few fights. Cage promotion had trouble getting an opponent for Amagov, mainly due to no one wanting to fight him, but now the problem is solved as Teo Viitala, a BJJ brown belt, has agreed to step up. Fight will take place in the the middleweight division which means that Viitala will be dropping from lightheavyweight and Amagov going up from welterweight.

Be sure to visit mmaViking.com for updates and an event report. 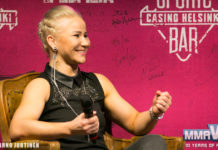 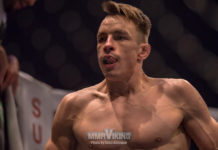 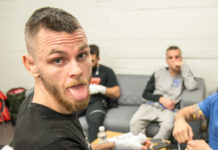 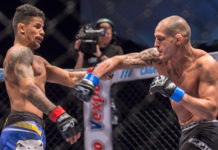 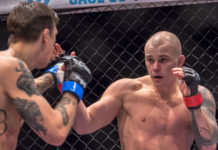 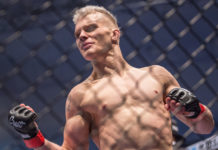