MMA Viking took to its Facebook group of over 4,000 fans to see who was seen as the most likely Nordic fighter to get a title shot in the UFC.  Swede Alexander Gustafsson and Dane Martin Kampann were seen as the most likely to get their shots first, with Finland’s Anton Kuivanen in third and Jorgen Kruth who will travel to make his UFC debut at the UFC in Nottingham in September. 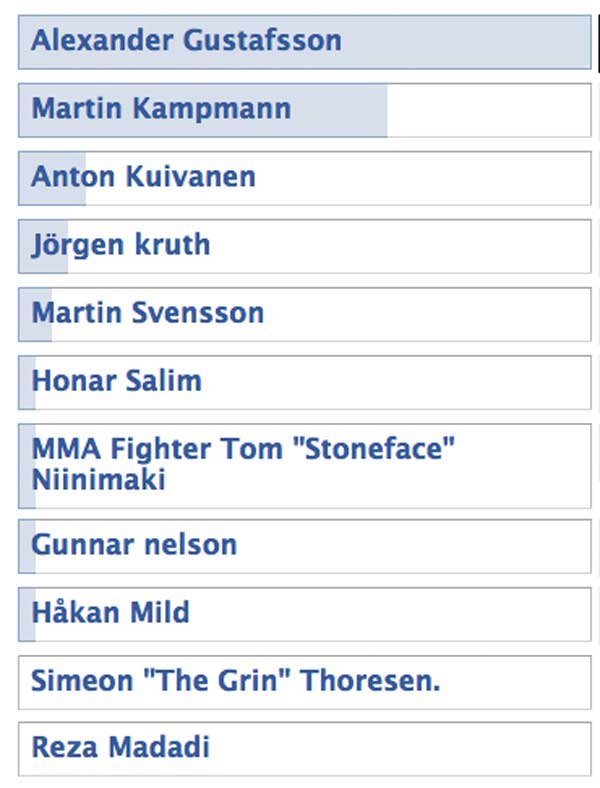 Even a few fighters outside the UFC received votes, including Iceland’s Gunnar Nelson, Sweden’s Martin Svensson, and Finland’s Tom  Niinimäki.

Martin Kampmann will be the next Nordic fighter to make the title run, as he faces Johny Hendricks in a bout that is targeted for UFC 154 in Montreal.  If Dan Henderson got injured prior to his title bout against Jon Jones, perhaps Alexander Gustafsson would get a title shot.  Stay tuned, exciting times for Nordic MMA.

Thanks for all the votes!