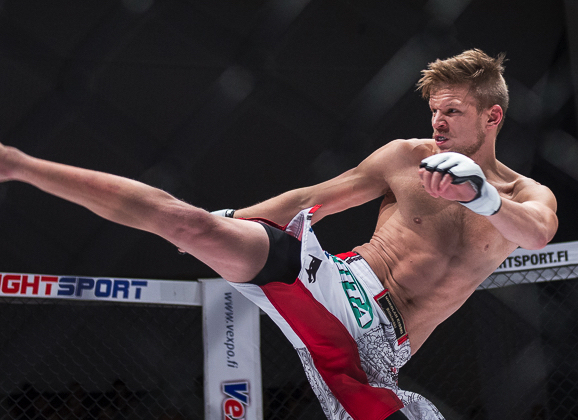 Amateur world champion Aleksi Nurminen had his second pro fight in less than a month at Cage 28 in Helsinki, Finland. He won his previous fight via RNC. He promised to win this fight with a KO or a TKO and he claimed his promise as he hit Maucotel with a thunderous elbow strike from the guard and continued with brutalizing ground and pound. MmaViking’s photographer iikka Nikkinen was Cageside to capture these moments. 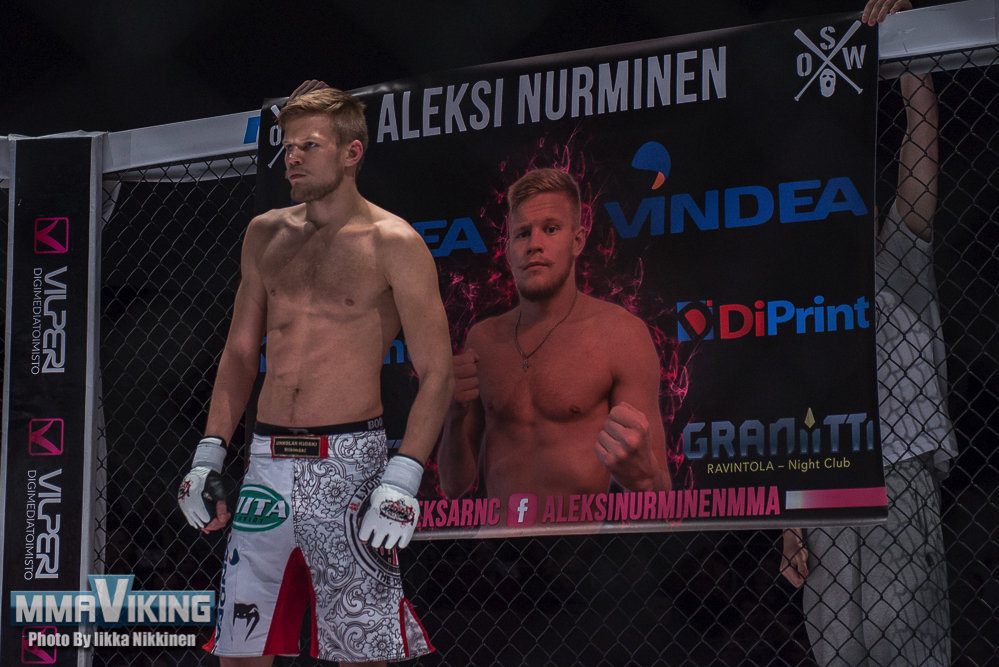 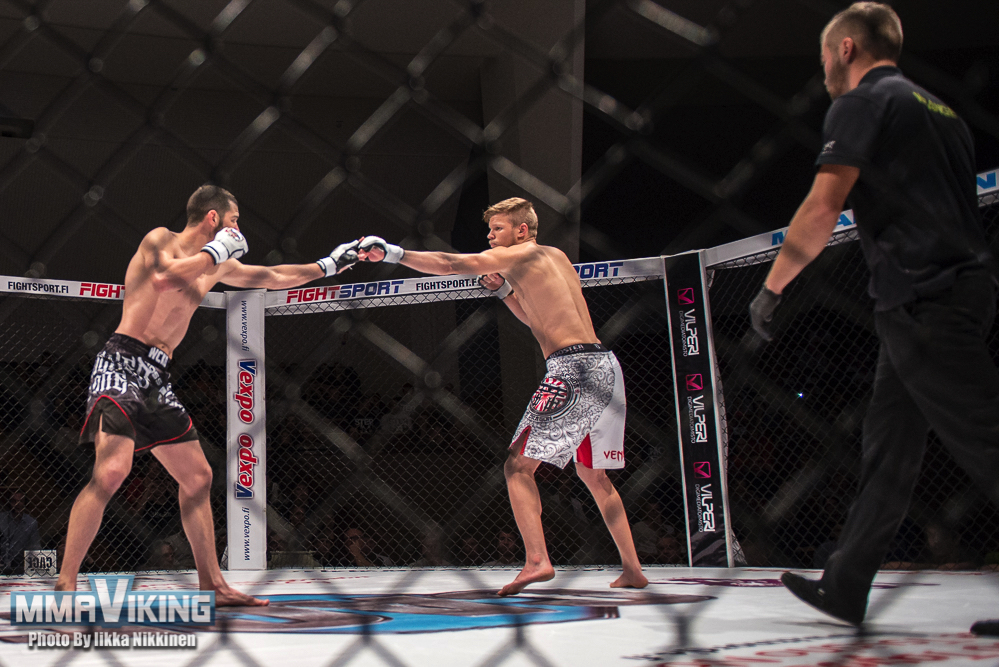 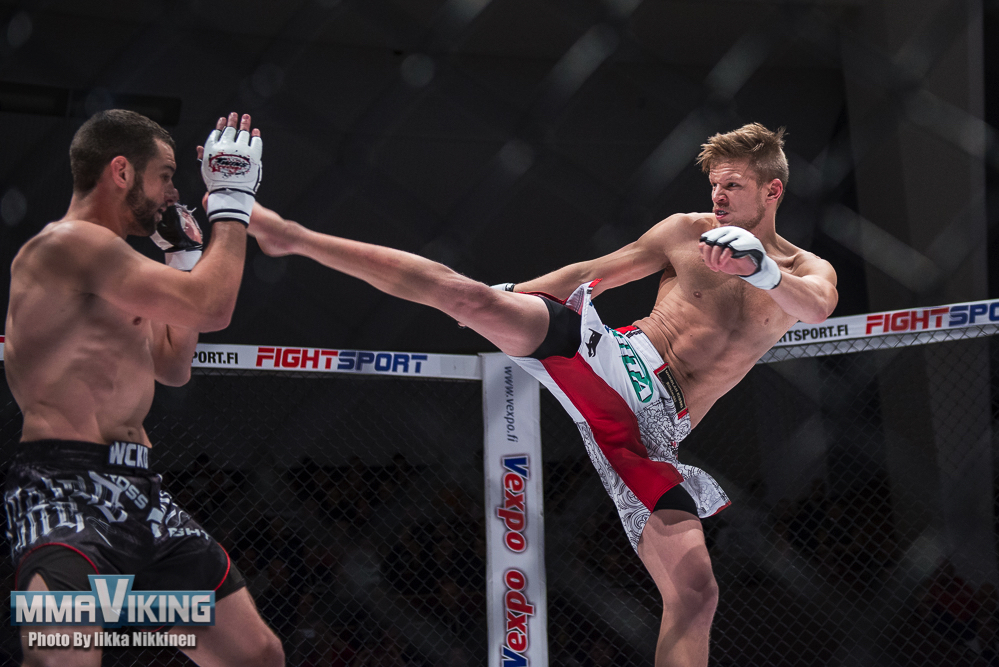 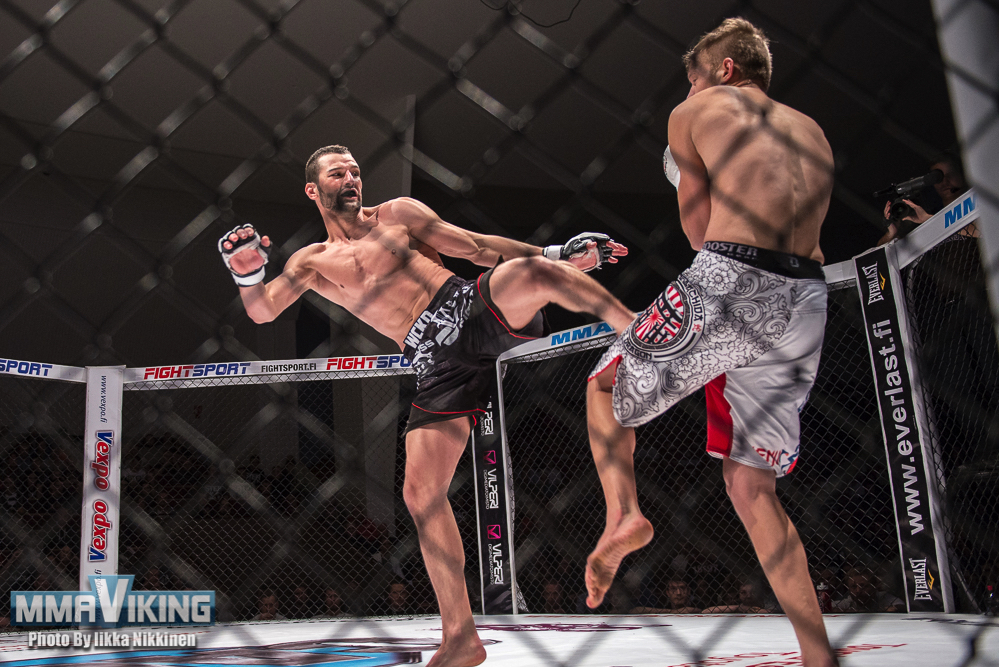 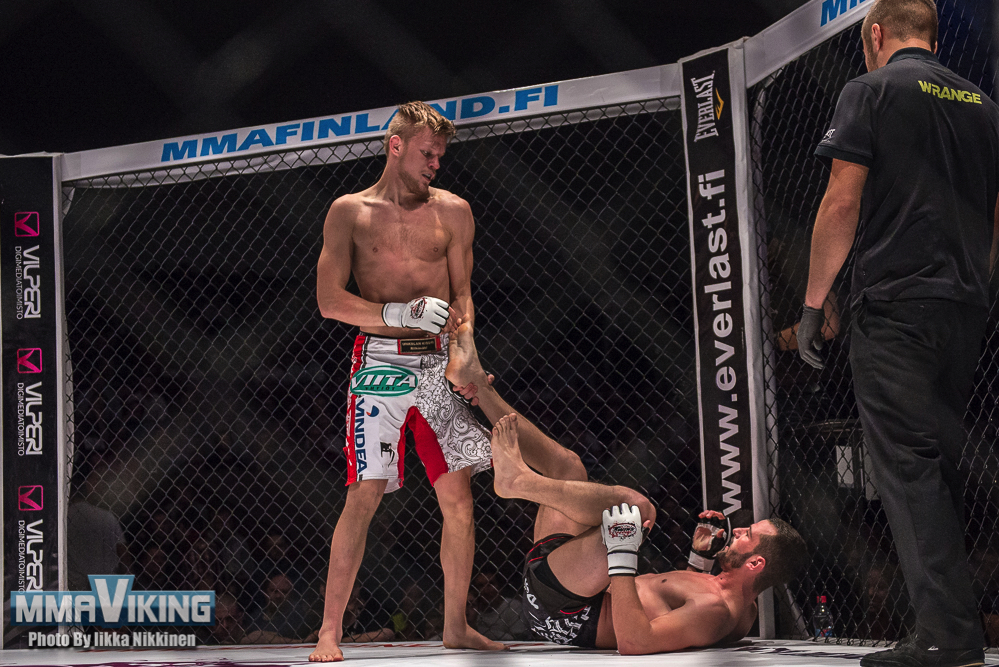 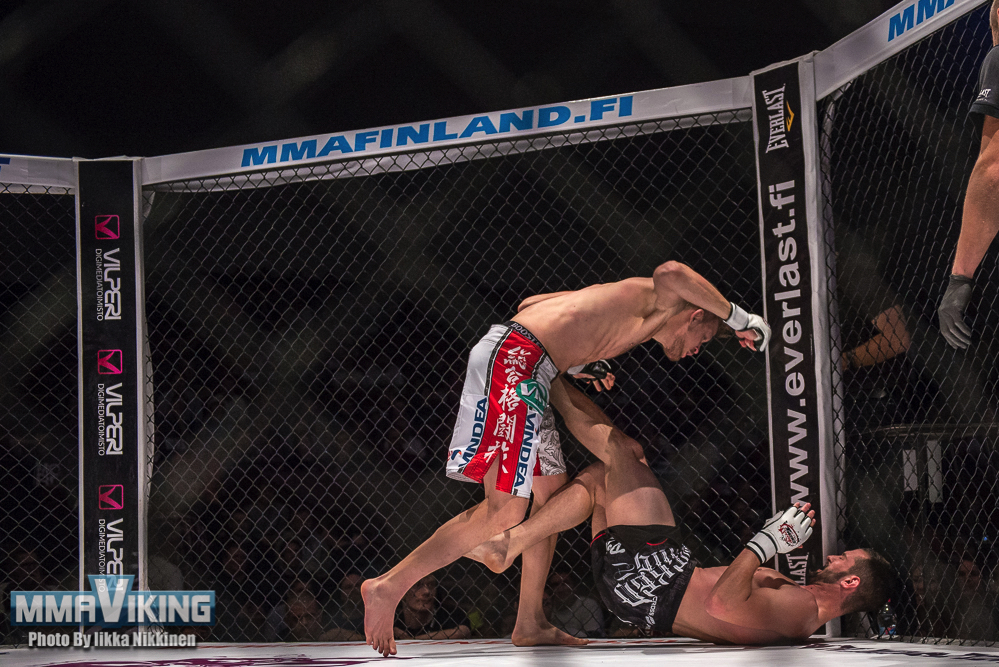 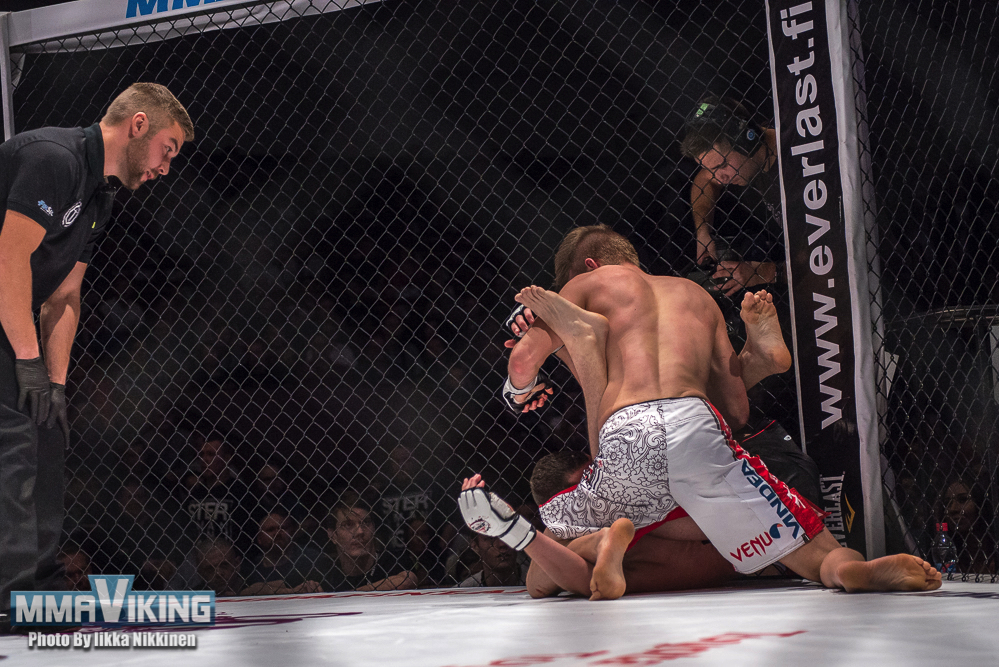 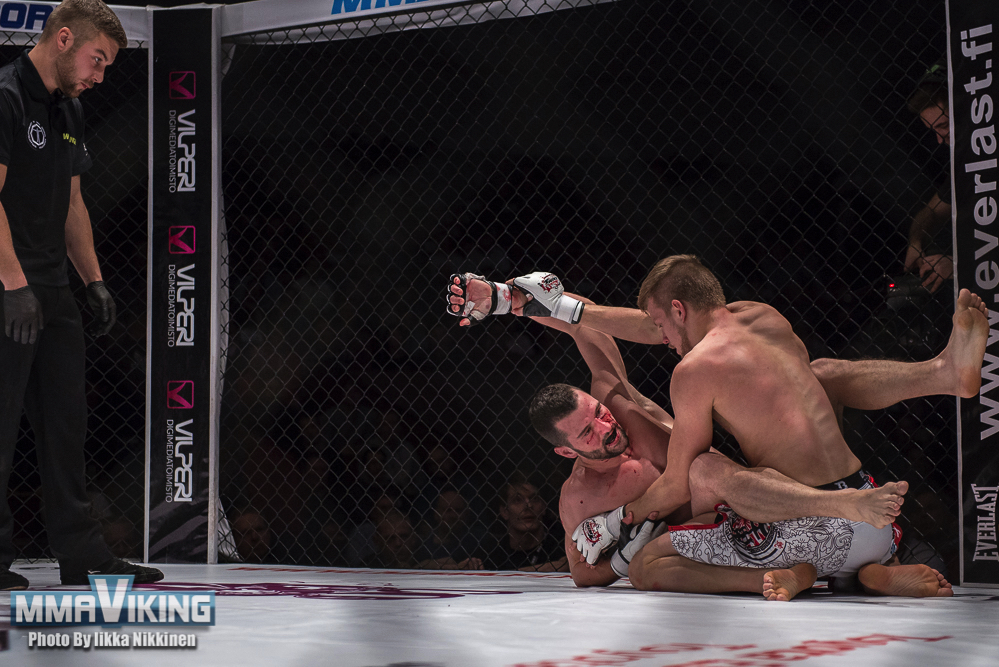 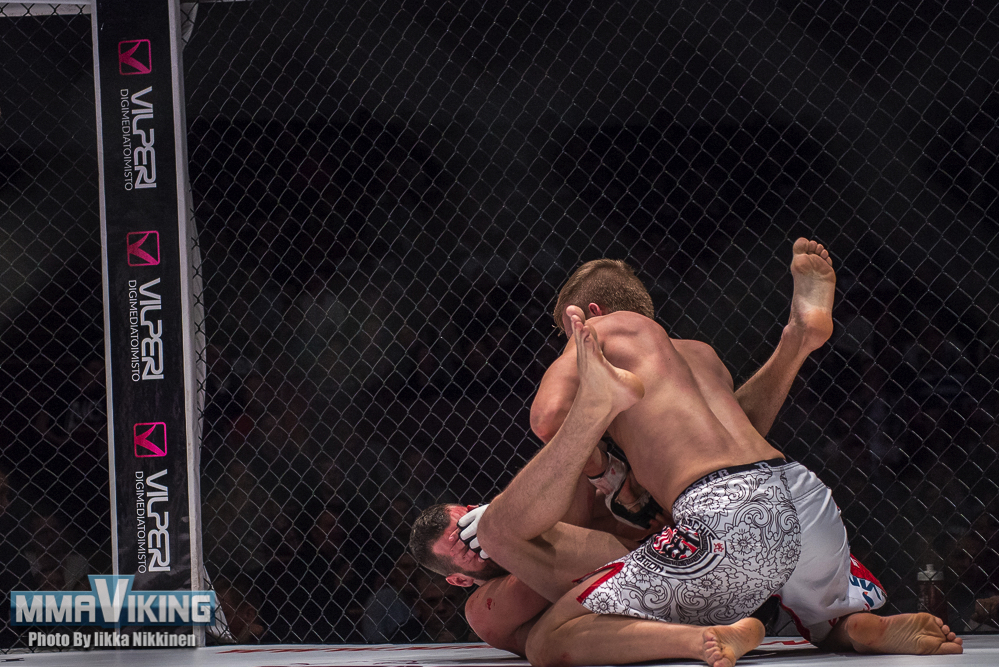 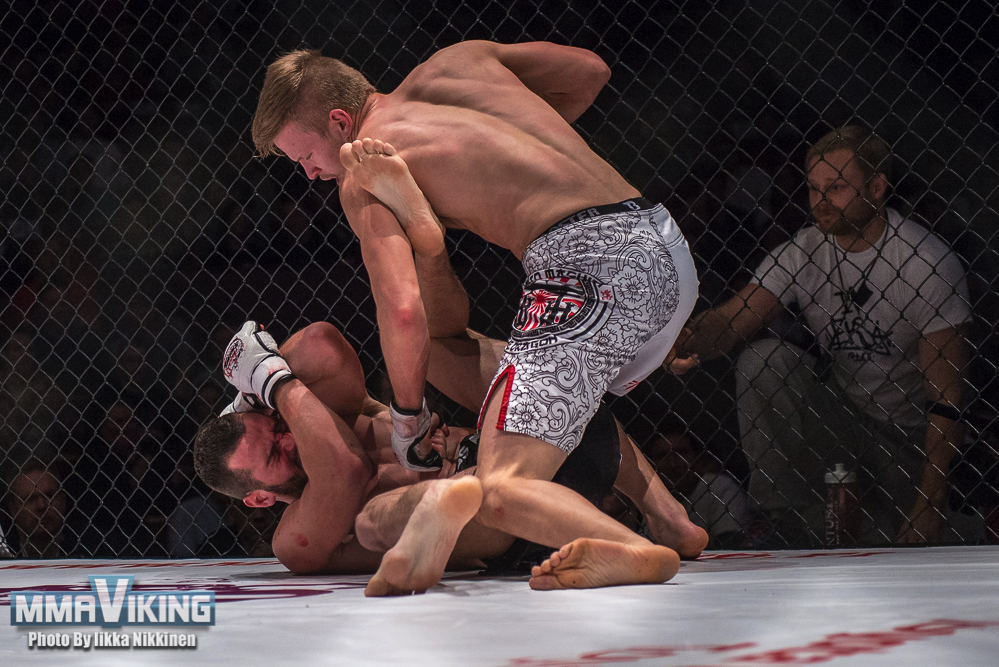 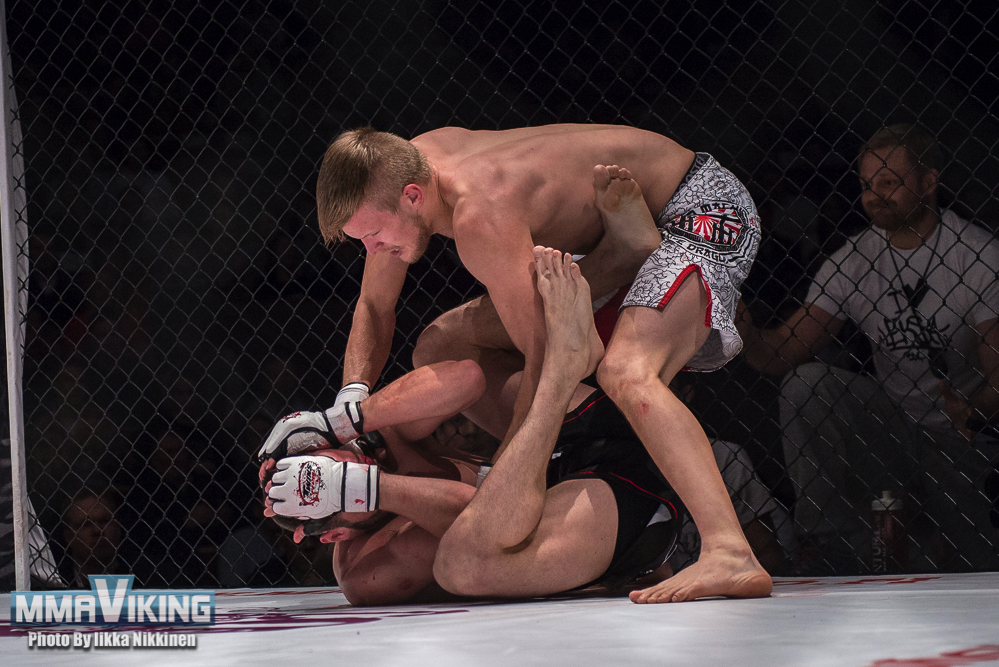 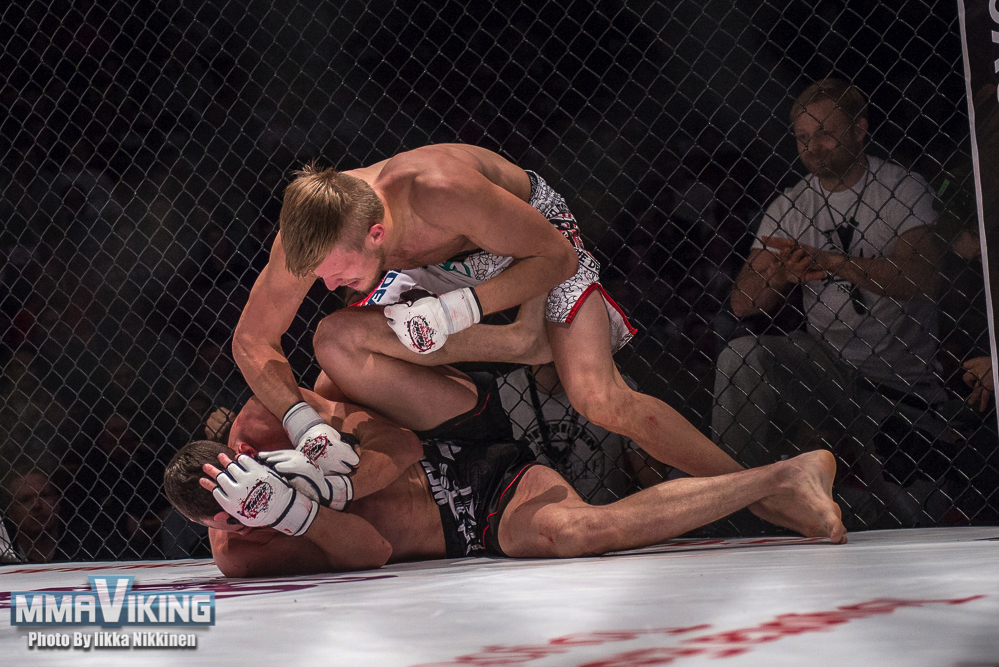