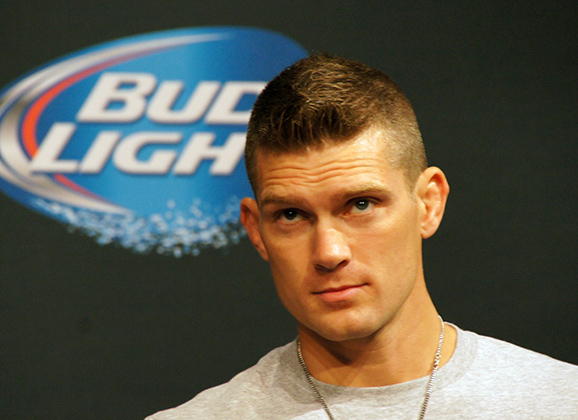 If Gunnar Nelson’s head coach John Kavanagh has his way, Gunnar Nelson will be stepping into the cage against American Stephen Thompson next.  Nelson, of course, was victorious at UFC 189 with his improved standup game leading to a submission over Brandon Thatch Saturday night.

On the other UFC card of the weekend, it was headliner “Wonderboy” that stole the show with spinning headkicks to put away wrestler Jake Ellenberger last night at The Ultimate Fighter 21 Finale. Both welterweights have a karate style standup game and dazzled the fans on the weekend, leading to many putting them together, including SBGi coach Kavanagh who tweeted UFC matchmaker shortly after the fight:

There is more to just the European camp that would be up for the fight. “I think it would be a very exciting matchup” said Thompson in the post fight interview when asked about a potential matchup. “I know his ground game is legit. But I’m up for anything right now.”

The 32 year old Thompson has an 11 win and 1 loss record and is on 5 fight winning streak. His only loss was to Matt Brown in April of 2012. Nelson pushed his record to 15 wins, 1 loss, and 1 draw with Saturday night’s submission.

Following a sold out show in Dublin, Ireland in 2014, the UFC announced the Octagon will return on October 24th.