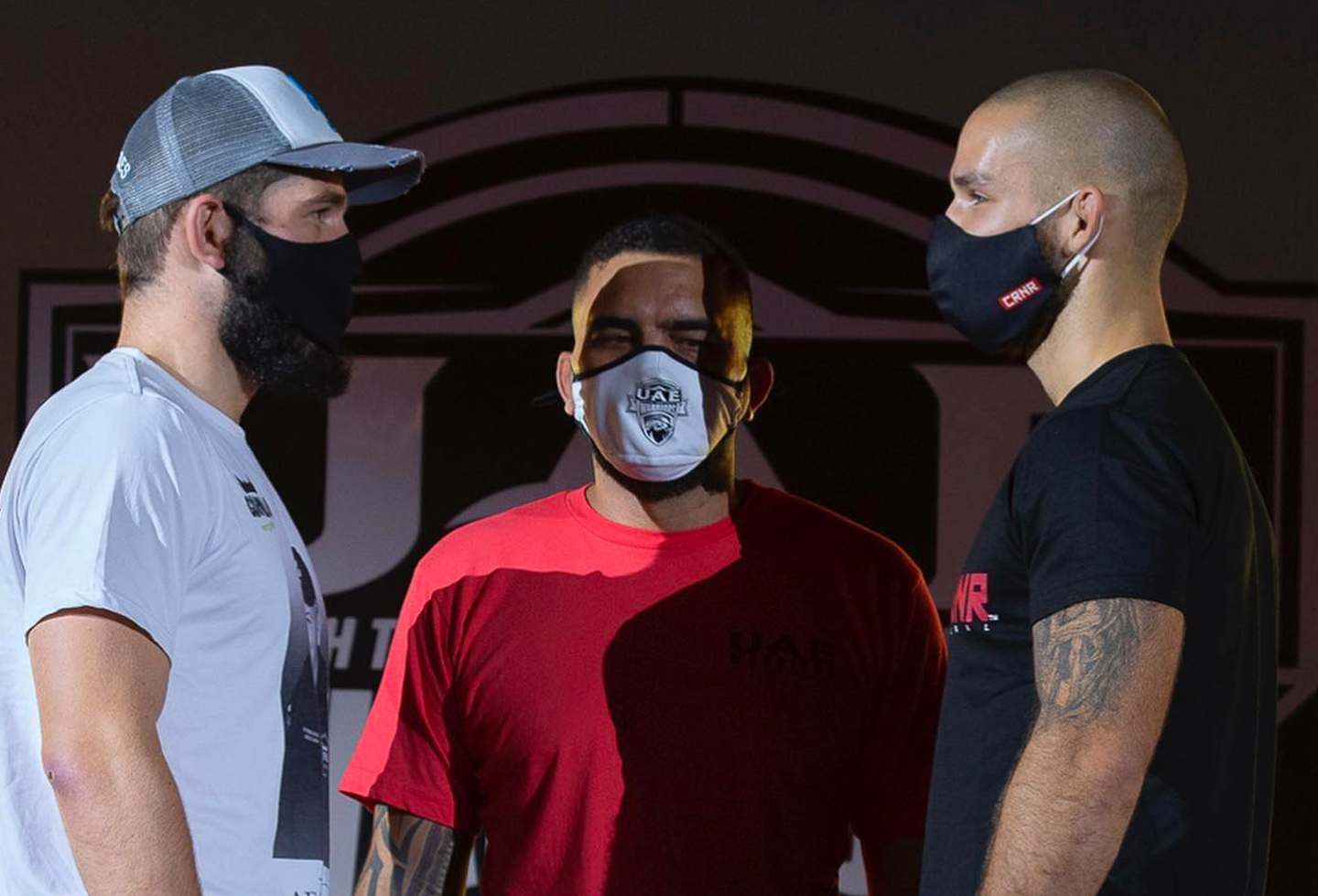 Norway-based Elijas Paknys (2-0) will face Imamshafi Aliev (3-0) at UAE Warriors 13 tomorrow (Friday) night. The Lithuanian born “Bear” moved to Norway in his childhood and is already 8 years into his MMA training. After starting at his local gym in Skien, he moved to the renown Frontline Academy in Oslo in 2016 and is now undefeated with a 2 win and 0 loss record. Following some struggling to get fights, he feels more than ready for this bout.

“Well, my career until now has not been that great. I made my debut in June of 2019, and that was after 2 cancelled fights prior to it. Then I got injured and could not train properly for 3 months. Following that, I got a few fights cancelled, got injured again and in the end I managed to fight the weekend before COVID happened. So now I am really ready for this fight!” says Paknys to MMA Viking.

How did you get your nickname?

“I’ve got my nickname “The Bear” way long before I got into MMA. But I kept it because I am as strong like a bear, if not stronger. My strengths are that I never give up! I keep on pushing until the bell rings! “A bear does not sleep,” as I like to say ,”

What do you know about your opponent?

“I know that my opponent is a wrestler. But for me, that is good news. Thanks to all the training with Jack Hermansson and Marthin Hamlet, I got my own game that is based on wrestling and never giving up!”

How has the training been during the pandemic?

“Corona has affected me in a good and a bad way actually. I got the opportunity to work on my skills that do not involve contact, I got to build tighter bonds with my coaches and other people in my life. But since there were no fights, my career stood still and that was really frustrating,”

Elijas also has some tips on how to handle the Corona situation:

“I love to compete at my local grappling events. I really believe that if I want to become the MMA fighter I set out to be, then I have to train every aspect of the sport and do everything to become the best in it! When the pandemic is over I am going to compete in everything I can,”

How did you end up fighting in the UAE?

“The one and only Andreas Lagaard got me in contact with the UAE Warriors! I really appreciate what Andreas has done for me and the Norwegian MMA community. Without him there would not be that many fights. The real MVP,”

“I have too many shoutouts! But I want to thank my boxing coach Andy who helped me a lot, my strength and conditioning coach Jonny and I could go on and on but its gonna take too much time. And also, Andreas for making this fight happen!”