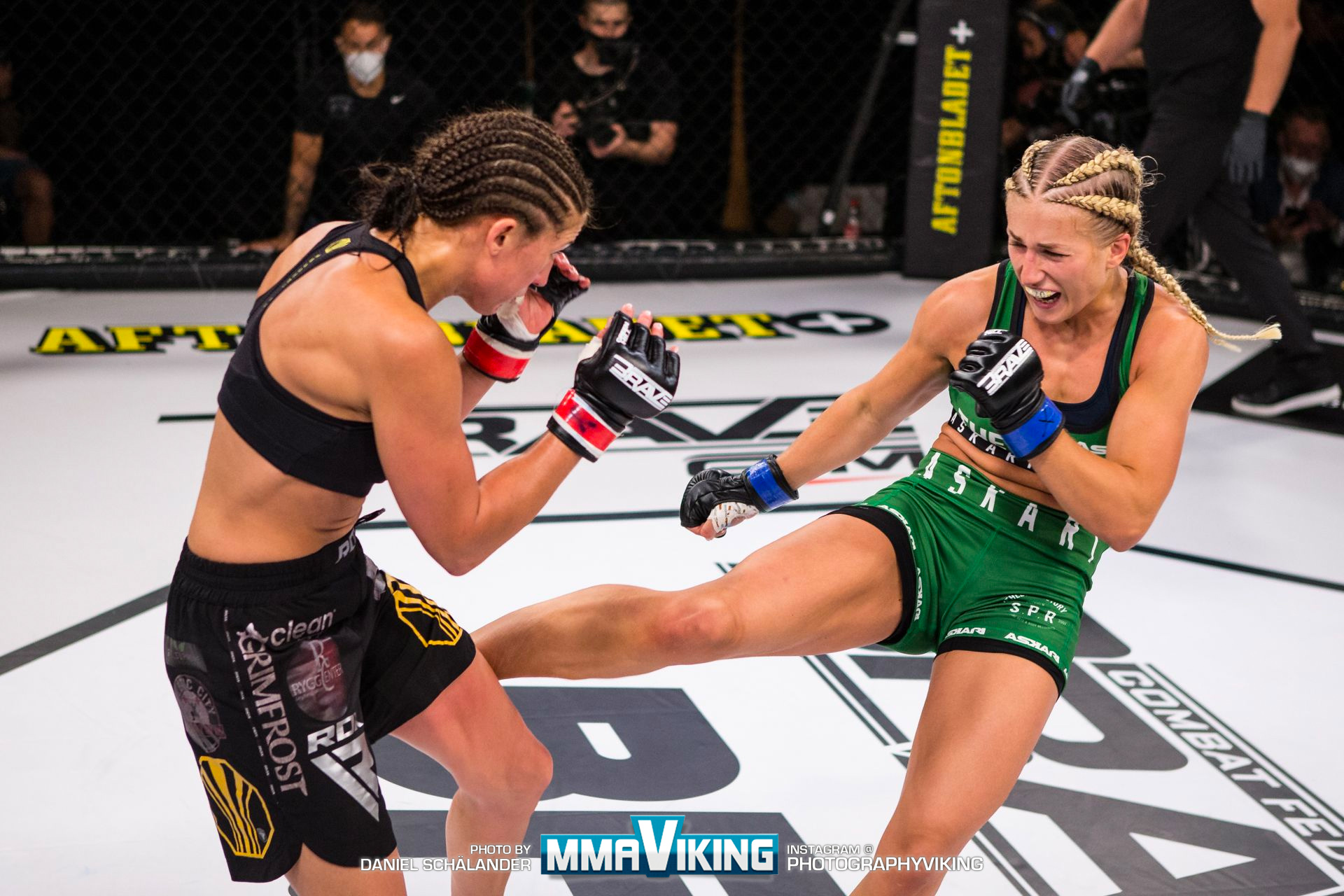 Elin “The Amazon” Öberg (3-1) will make her UAE Warriors promotional debut on the 27th November. Her opponent in a 125lb bout will be Stéphanie Page (5-1) from France. The promotion announced the bout.

Öberg started off her pro career less than 2 years ago. In her Pro debut at Superior Challenge 18, where she knocked out Anna Astvik in just 6 seconds into the first round. Öberg then went on to beat her next opponent – Anette Österberg at EFC 1, before losing a unanimous decision to Elizabeth Rodrigues at AK Fighting Championship.

Coming into the fight with Page, the Swedish prospect is going in with a 1 fight winning streak, following a split decision win against Malin Hermansson at BRAVE CF 38 which took place in Stockholm.

Her opponent, Stéphanie Page has been around since 2013. Despite a loss in her debut due to an armbar to Fin Tina Lähdemäki at CAGE 23, the 32-year old French won all of her following fights. At the moment, she is on a 5-fight winning streak and the promotion hypes her as the “most refined strikers in the business, 5x Muay Thai world champion Stephanie ‘Ielo’ Page”