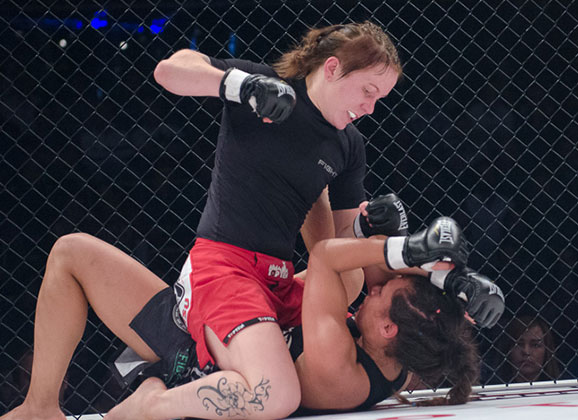 Finn Tina Lähdemäki will make local history by become the first Nordic female fighter to step into the Octagon as she faces Cláudia Gadelha this Wednesday. The RNC Sport Club’s bout will also serve as the first ever UFC women’s strawweight fight to kick off the newly established division.

Lahdemaki has put together an undefeated record with 5 wins fighting in Finland, with three wins with Cage, one with Fight Festival, and another with Lappeeranta Fight Night. Most recently it was Jelly Been, who submitted Karla Benitez this past November at Cage 24 in Turku.  She will make her UFC debut at the age of 26.

The Brazilian Gadelha is undefeated in her professional career with 11 victories (6 submissions, 2 (T)KO’s and 3 decision)s. She trains with the likes of José Aldo and Renan Barao at Nova Uniao. “Strong, but still very young in MMA.” says the more experienced fighter about her Finnish opponent.

“She’s very athletic and has good ground skills. Her abs are impressive.” says Lähdemäki about her opponent. 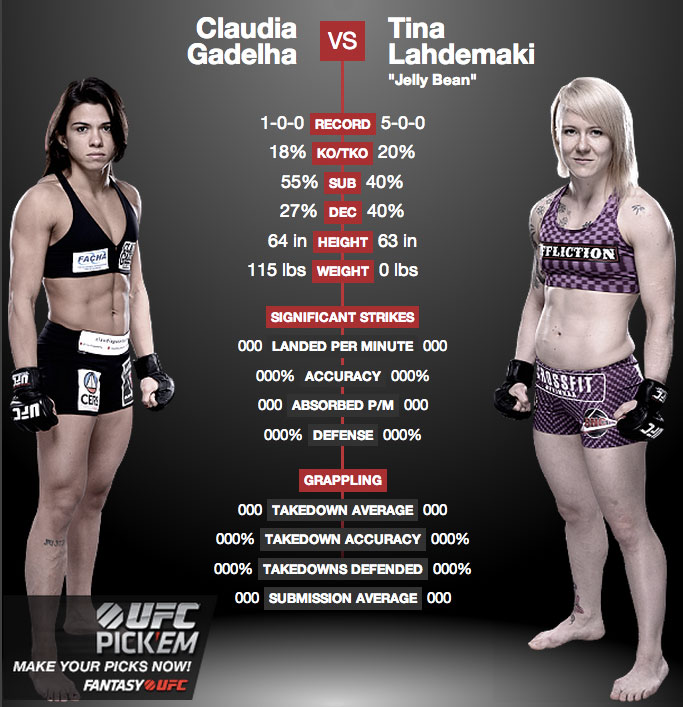 UFC Fight Night 45 will go down at the Atlantic City’s Revel Casino Hotel and will be headlined by a lightweight bout between Donald Cerrone and Jim Miller.  Lähdemäki versus Gadelha will be the first bout of the card and will be seen exclusively online at UFC’s Fight Pass.  The bout will start at 00:30 Stockholm / 01:30 Helsinki early on Thursday.