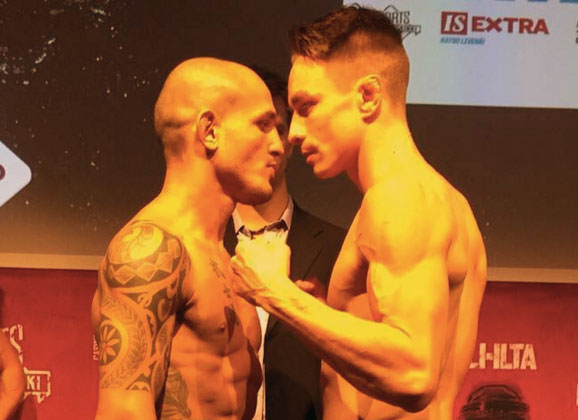 Finn Joni Salovaara (14-7) versus Sweden based Brazilian Rafael Macedo (11-5) will headline today’s CAGE 32 card in a rare Friday event. The event is stacked with Finnish veterans facing foreign competition in this card that came together later in the year and will feature fighters that aren’t signed to long term contracts with the promotion.

Finn Kai Puolakka (11-5) will face Norwegian Emil Weber Meek (5-2-1, 1 NC) in a highly anticipated co-main event. Puolakka is a former Cage welterweight champion.  The long time Cage veteran was last in action in June of 2014, where he was kneebarred by Davy Gallon. Meek comes out of MMA Trondheim and looks to also get his career back on track.  After a four fight winning streak in 2013, the Norwegian has had a No Contest and a loss in his last two outings.

Finn Juha-Pekka Vainikainen (22-10-1) versus Sweden based Domingos Mestre (11-7).  JP will be moving up to welterweight for this bout, which will be his return to the Cage promotion after his last bout at Cage 28 back in November.

MMAViking.com is live in Helsinki for the event, so stay tuned for cageside photos, live play-by-play, and video interviews.