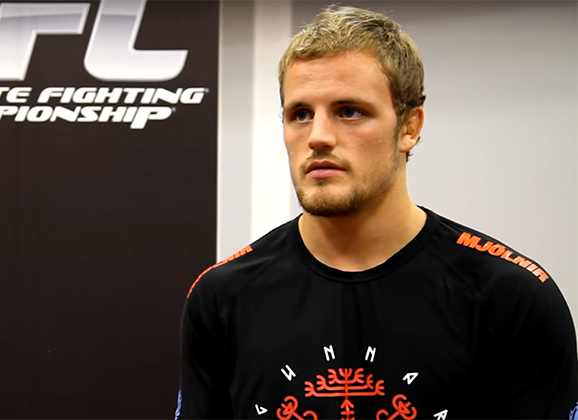 The Icelandic prodigy was set to take on late replacement DaMarques Johnson in his first fight in the big show. The 23 year old fighter talked about his preparations for the bout, his approach to stepping into the cage, and what fans should expect in his Octagon debut. “I like to stay calm” says Nelson, who couldn’t have been more relaxed or ready for his catch-weight bout. “The less the change, the better I feel.”

“I just train hard all the time.” – Nelson

“The art of mixed martial arts is what I love.” said Nelson about his passion for fight sports. While, the Mjölnir MMA / SBGi fighter has already notched 5 Octagon wins in his three-year UFC run, including the 1st round submission after this interview, Gunni now aims at the biggest challenge at the MGM Grand Garden Arena on Saturday night.