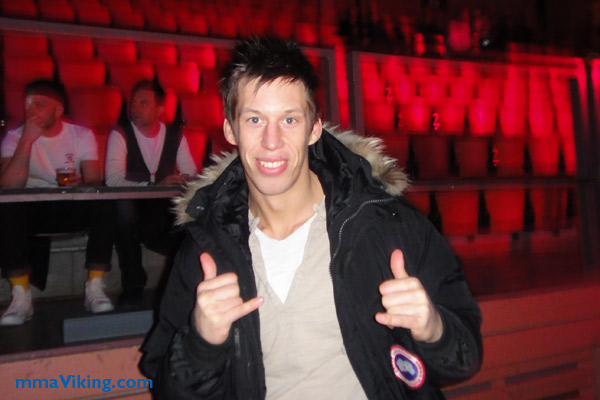 Magnus Cedenblad looks to rebound from his UFC debut loss at last April’s bout in Sweden with a victory over Brazilian Rafael Natal at UFC on FOX 6.  The bout takes place on January 26 at the United Center in Chicago.  The bout was first reported by MMAJunkie.com.

“Jycken” (10-4 MMA, 0-1 UFC) was impressive in his debut, taking the back and punishing Francis Carmont in the first round in front of his home crowd, before losing by rear-naked choke in the second. The Swede has been training at Alliance with Alexander Gustafsson and many top Swedes from STHLM Shoot at Alliance in San Diego.