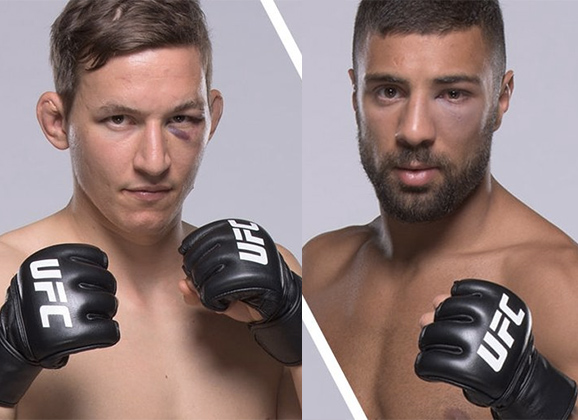 Two new Nordic based fighters are officially in the UFC. Today, the UFC has announced that TUF 22 fighters Martin Svensson and David Teymur will face-off in London on February 27 in the Octagon.

Frontier MMA’s Svensson was just in Vegas as a potential replacement for the TUF 22 Finale, but did not get a fight. The Big Swede never lost on the reality show, eventually withdrawing due to an elbow injury in the quarterfinals.

The fight will go down at the O2 Arena on February 27 on the card with another Nordic fighter in Finland’s Makwan Amirkhani taking on Mike Wilkinson.