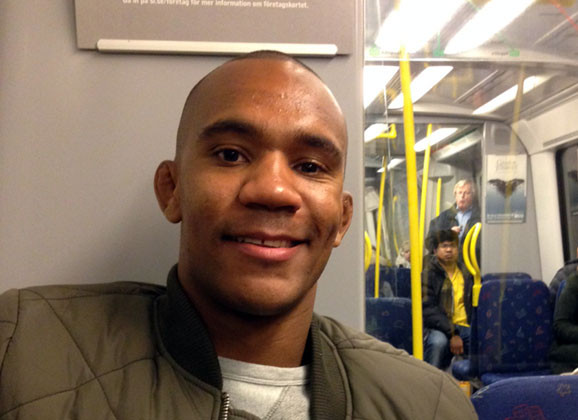 Swede Nico Musoke will step back into the Octagon for the third time as he is matched up against undefeated Kelvin Gastelum at “UFC Fight Night: Swanson vs. Stephens”.  Musoke, who turned 28 last Saturday, faces a younger opponent in 22 year old Gastelum in a welterweight bout.  UFC officials announced the bout which takes place June 28 at San Antonio, Texas’ AT&T Center.

The bout will be a high-profile affair for the Allstar Training Center fighter who will co-headline the card, according to a Facebook post by Mano Management, along with Cub Swanson and Jeremy Stephens.

Gastelum shocked many as he won TUF season 17 by beating the highlight reel striker Uriah Hall.  The American wrestler went on to beat Brian Melancon and Rick Story, pumping up his record to 8 wins and 0 losses.

Musoke won his first two UFC bouts, by beating Alessio Sakara with a first round submission then a decision over Viscardi Andrade.  “Let’s go” posts the Swede on Facebook after the announcement.

No other Nordic fighters have been slated to fight on the card.