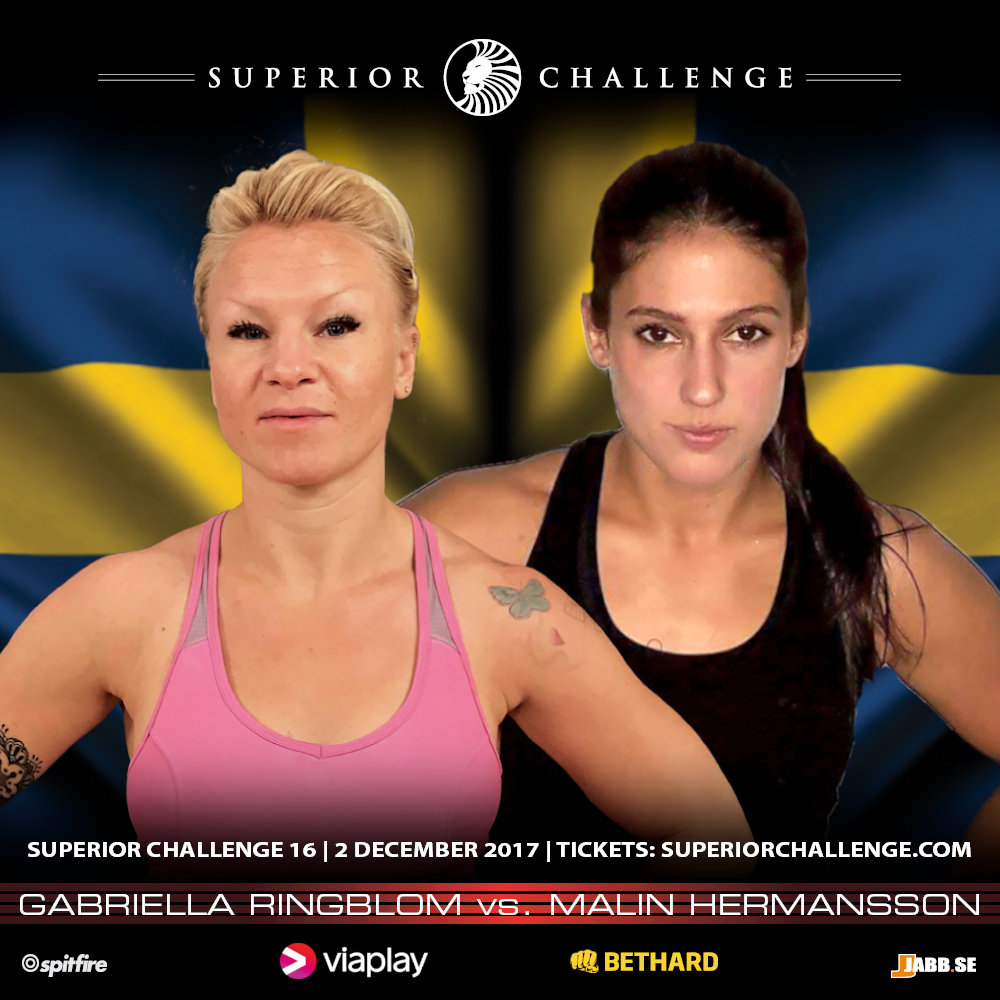 Swedes Gabriella Ringblom (0-0) and Malin Hermansson (0-0) will square off on the upcoming Superior Challenge 16 card on December 2nd at Eriksdalshallen.

Ringblom has been a standout in the amateur ranks. Her highlight included a 2016 IMMAF World Championship gold at 125 lbs. This will be her much anticipated pro debut after a 10 win and 3 loss amateur record. She trains out of Pancrase Gym in Stockholm.

“These are two of Sweden’s absolute premier female fighters, both make professional debut and they mean seriously. I actually think this match can be the best ladies match so far in Superior Challenge’s history.” – Babak Ashti, Superior Challenge

Hermansson has a 1 win and 1 loss record in the amateur ranks, most recently beating Linda Høistad Birkely at British Challenge MMA 19 this past May. She has a boxing background, with 60 bouts including a national championship.