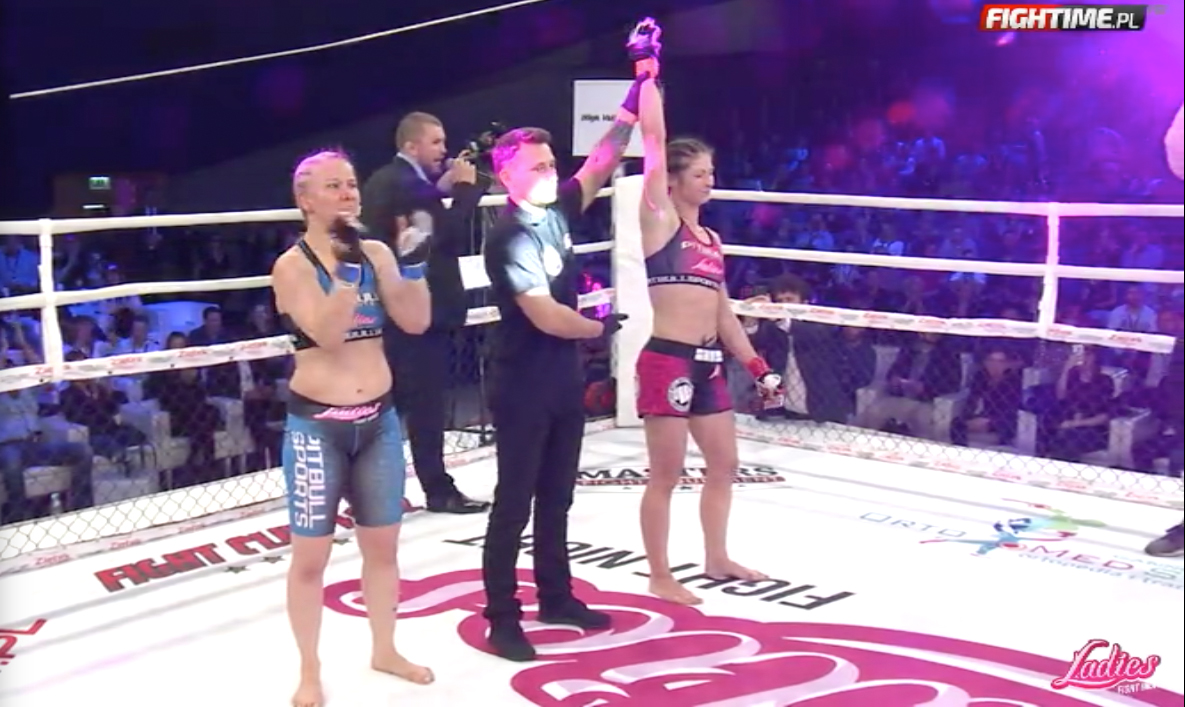 Suvi Salmimies (6-4-1) lost to Poland’s Katarzyna Sadura (3-2) at Ladies Fight Night 5 “Five Points”.   It was a close battle in Poland, but the judges saw it for the local fighter after three rounds.

Suvi landed some good punches early, and was looking for take-downs throughout.  An unfortunate take-down finish in the second was reversed, leaving Sadura on top and landing punches from top.

The Finn scored a take-down to star the third round, but eventually the fight went back to the feet and the longer Polish fighter landed with kicks.

“I think it was a good fight. Just didn’t get the takedowns” – Salmimies

Salmimies to finish strong, but in the end, the judges scored the fight for the local fighter.  The loss snaps the Team East Front fighter’s three fight winning streak, including wins at Cage 35, Cage 36, and Cage 37. 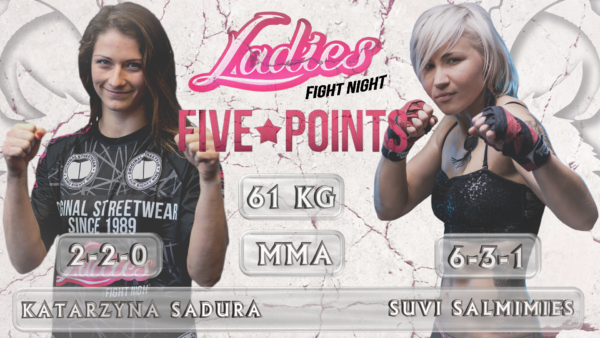 Sadura is a 25 year old out of Top Team Lodz .  The bantamweight turned pro in 2016 and snapped her two fight losing streak with the win.